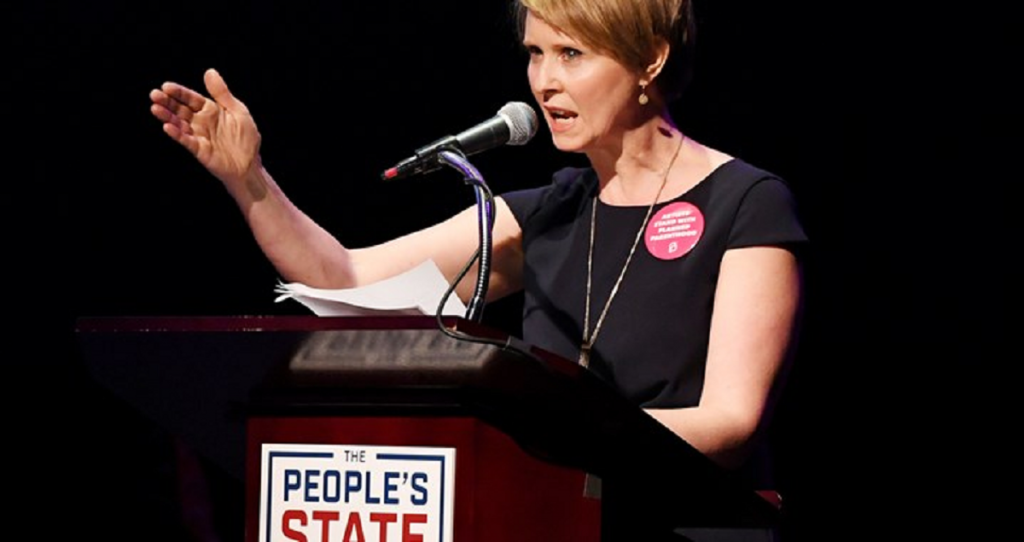 “Actress and city resident Sarah Jessica Parker on Thursday morning threw her support for governor to her ‘Sex And The City’ castmate Cynthia Nixon . . .

The heads of the state AFL-CIO, the Transit Workers Union international, the downstate building trades, and the local Teamsters all ripped into the fledging Democratic candidate.

All the union leaders have strong ties to Cuomo.

‘With the deals that they have now, you can’t hope to make improvements to the trains in a fiscally responsible way,’ Nixon had said. ‘Everybody’s got to pull together, and everybody’s got to make sacrifices.’

AFL-CIO President Mario Cilento hit Nixon for the subway comments and ones she made questioning the state’s $420 million annual film tax credit program.

‘It is astounding at just how misguided and uninformed Ms. Nixon is on the vital role working men and women play in the economic and social well-being of our great state,’ Cilento said.”

For the rest of the article, visit the New York Daily News.