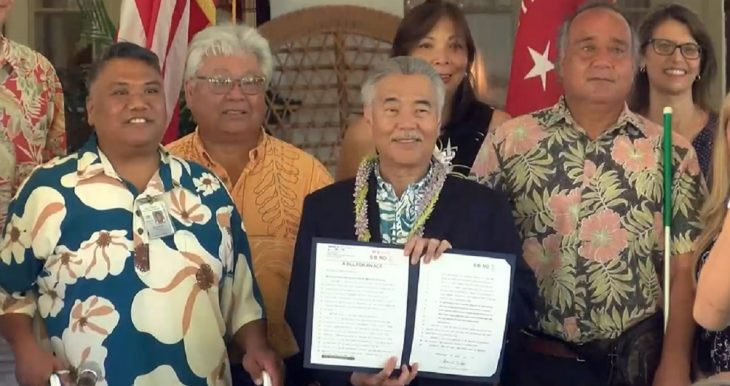 Employers in Hawaii can no longer get away with paying the disabled a fraction of the minimum wage.

“An outdated law that allowed Hawaii employers to pay people with disabilities less than minimum wage was wiped off the books Wednesday.

The change was hailed as momentous for the 26,000 people in the islands who have a disability.

‘People with disabilities would be guaranteed to earn the minimum wage and it would restore equity, dignity and respect into our state’s wage laws,’ said Gov. David Ige, in doing away with the old law.

Lawmakers said the measure made it legal for employers to pay people with disabilities less than minimum wage ― something lawmakers and advocates say violated civil rights.

‘The original intent was to give them a place to work to do something during the day,’ said Zosimo Arista, of the Hawaii State Council for Developmental Disabilities.

Lawmakers say no Hawaii employers are known to pay less than minimum wage, but reports show some organizations on the mainland have paid as little as 4 cents an hour to people with disabilities.

‘Definitely that made my skin crawl and it made me very upset that simply based on a disability that they would be paid less than everyone else,’ said Arista.”

For the rest of the story, visit the Hawaii Times Now here.