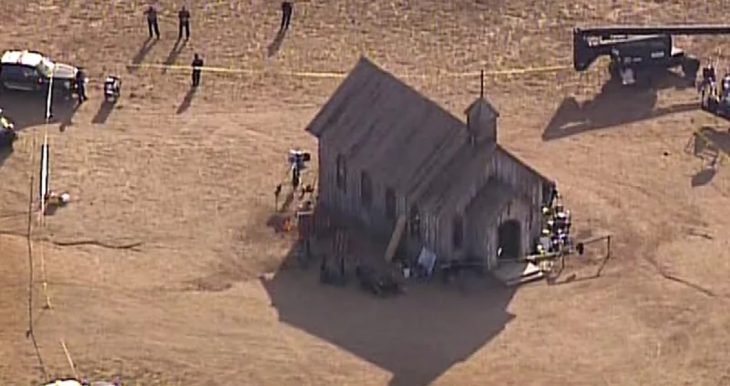 The tragic shooting death of IATSE Local 600 member, Halyna Hutchins, came shortly after the film crew walked off the set in disgust with brutal working conditions.

“Hours before actor Alec Baldwin fatally shot a cinematographer on the New Mexico set of ‘Rust’ with a prop gun, a half-dozen camera crew workers walked off the set to protest working conditions.

The camera operators and their assistants were frustrated by the conditions surrounding the low-budget film, including complaints of long hours and getting their paychecks, according to three people familiar with the matter who were not authorized to comment.

The camera crew showed up for work as expected at 6:30 a.m. Thursday and began gathering up their gear and personal belongings to leave, one knowledgeable crew member told the Los Angeles Times.

Labor trouble had been brewing for days on the dusty set at the Bonanza Creek Ranch near Santa Fe.

But after filming began, the crews were told they instead would be required to make the 50-mile drive from Albuquerque each day, rather than stay overnight in nearby Santa Fe.

The cinematographer who was accidentally killed, Halyna Hutchins, had been advocating for safer conditions for her team, said one crew member who was on the set.

As the camera crew — members of the International Alliance of Theatrical Stage Employees — spent about an hour assembling their gear at the Bonanza Creek Ranch, several nonunion crew members showed up to replace them, the knowledgeable person said.

A member of the producer staff then ordered the union members to leave the set. She said if they didn’t leave, the producers would call security to remove them.

‘Corners were being cut — and they brought in nonunion people so they could continue shooting,’ the knowledgeable person said.

There were two misfires on the prop gun on Saturday and one the previous week, the person said, adding ‘there was a serious lack of safety meetings on this set . . .’

The shooting occurred about six hours after the union camera crew left.”