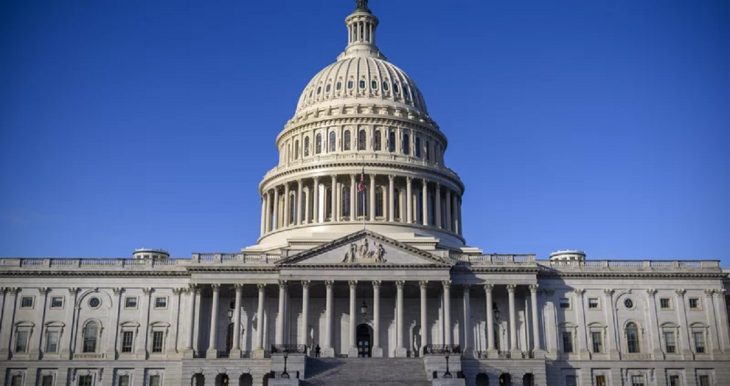 A high-profile labor dispute is now in the hands of Congress as it moves to adopt a labor deal without a ratification vote by workers.

“The House on Wednesday resoundingly approved legislation to avert a nationwide rail strike by imposing a labor agreement between rail companies and their workers, as lawmakers rushed to shield the economy from the threat of a holiday-season work stoppage and prevent a disruption in shipping across the country.

Acting quickly the day after President Biden made a personal appeal at the White House, the House passed a measure that would force the rail companies and employees to abide by a tentative agreement that the Biden administration helped broker earlier this year, which increased pay and set more flexible schedules for workers.

The bill passed on a bipartisan vote of 290 to 137. It goes next to the Senate, where leaders in both parties have indicated they would move quickly to avoid a disruption to the nation’s rail service.

But with liberal Democrats threatening to withhold their votes unless the legislation granted additional paid leave, a key demand of workers, the House also considered and approved a separate measure to add seven days of compensated sick time to the compact. That measure passed largely on party lines, 221 to 207, as Democrats sent it to the Senate with the support of just three Republicans, Representatives John Katko of New York, Don Bacon of Nebraska and Brian Fitzpatrick of Pennsylvania.”