Howard Schultz on unions: If Starbucks “can be threatened by a third party that means that any company in America can”

Howard Schultz on unions: If Starbucks “can be threatened by a third party that means that any company in America can” 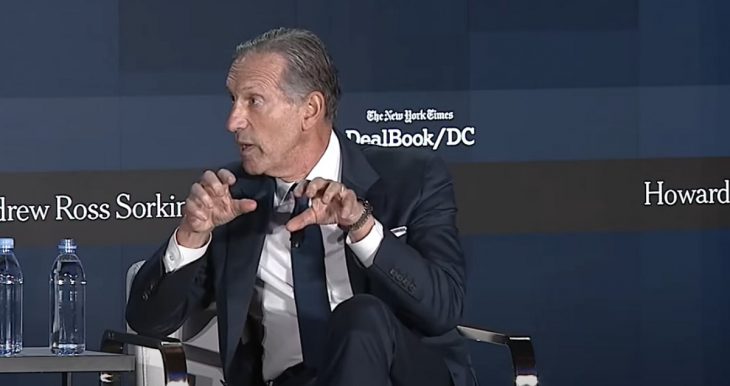 Starbucks CEO Howard Schultz had some harsh words for the union movement that is exploding within the company – a movement that has won over 100 NLRB elections at Starbucks locations nationwide and filed almost 300 election petitions so far. In an interview with The New York Times that is going viral, Schultz had this to say about unions:

“If a company as progressive as Starbucks, that has done so much and is at the 100th percentile in our entire industry for benefits for our people, can be threatened by a third party that means that any company in America [can]. Now, I’ve said publicly I’m not anti-union, but the history of unions is based on the fact that companies in the ’40s, ’50s and ’60s abused their people. We’re not in a coal mining business; we’re not abusing our people.

But the sweeping issue in the country is that businesses are not doing enough, and the business is the enemy.

We don’t believe that a third party should lead our people. And so we are in a battle for the hearts and minds of our people.”

For the full interview, check out the video below. The section on unions starts at 7:00: