Instacart To Lay Off 1,800, Including All Union Workers, After Doubling Its Valuation To $17.7 Billion During Pandemic

Instacart To Lay Off 1,800, Including All Union Workers, After Doubling Its Valuation To $17.7 Billion During Pandemic 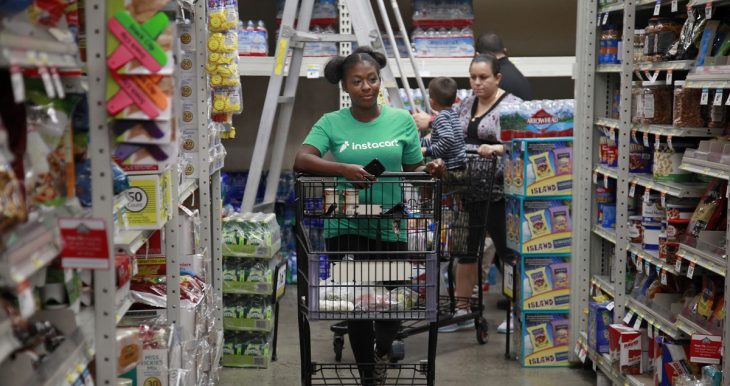 Last week, Instacart made news when it decided to pay workers to get the COVID vaccine. Many applauded the company for its pro-active approach to dealing with the pandemic.

Today, however, it announced that it is laying off 1,800 workers, including its only union employees.

The union workers voted to unionize less than one year ago in Skokie, IL. According to CNN, “Instacart has informed the local chapter of the United Food and Commercial Workers Union, which represents the Instacart Skokie Mariano’s bargaining unit, that approximately 366 Instacart in-store shoppers for Kroger-owned stores nationwide, including those at the Skokie Mariano’s store, will lose their positions, according to a letter sent this week by a labor attorney representing Instacart.”

UFCW President Marc Perrone responded to the layoffs: “As the union for Instacart grocery workers in the Chicago area and grocery workers nationwide, UFCW is calling on Instacart to immediately halt these plans and to put the health of their customers first by protecting the jobs of these brave essential workers at a time when our communities need them most.”

Instacart made headlines in October when it doubled its valuation to $17.7 billion, thanks in large part to a pandemic that led many consumers to use the company for grocery shopping.