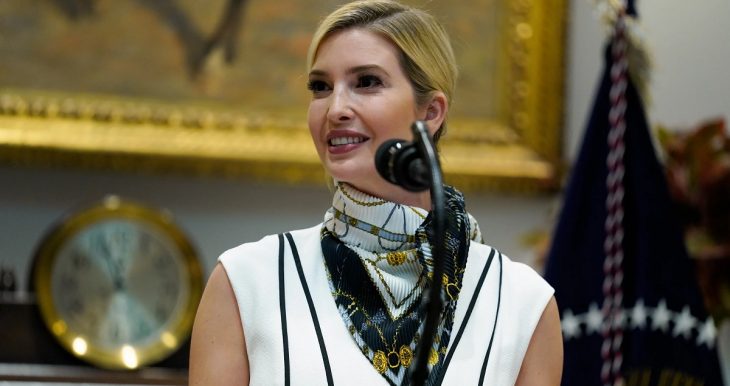 The crazy tone-deaf circus that is the Trump administration appeared even more disconnected as it promoted a bizarre ad campaign titled “Find Something New.”

“Ivanka Trump urged out-of-work Americans to “find something new” Tuesday as part of a new jobs initiative designed to tout the benefits of skills training and career paths that don’t require a college degree.

But the effort — complete with a website, advertising campaign and virtual roundtable featuring Apple CEO Tim Cook and IBM chair Ginni Rometty — was swiftly derided on social media as ‘clueless’ and ‘tone-deaf’ given the pandemic, recession and Trump’s own familial employment history.

‘This initiative is about challenging the idea the traditional 2 and 4 yr college is the only option to acquire the skills needed to secure a job,’ President Trump’s eldest daughter and White House adviser said in a Twitter post. ‘This work has never been more urgent.’

The campaign comes with the country in the midst of a public health crisis that has upended entire industries and kicked off a recession that has sent the nation’s unemployment rate shooting above 11 percent. The nation currently has 5.4 million job openings, according to the Labor Department, which is not nearly enough for the roughly 18 million Americans who are officially unemployed and the 33 million who are currently receiving unemployment benefits.

Many saw the campaign as insensitive given the suffering of Americans whose livelihoods disappeared as the pandemic forced companies to shutter or sharply curtail operations. And for many, Ivanka Trump — the daughter of a billionaire and a multimillionaire in her own right — is the wrong person to speak to the challenges of finding a job.

‘Go find something new in the middle of this pandemic while no one is hiring! Perhaps your father will hire you!’ Jessica Huseman of ProPublica said in a Twitter post.”