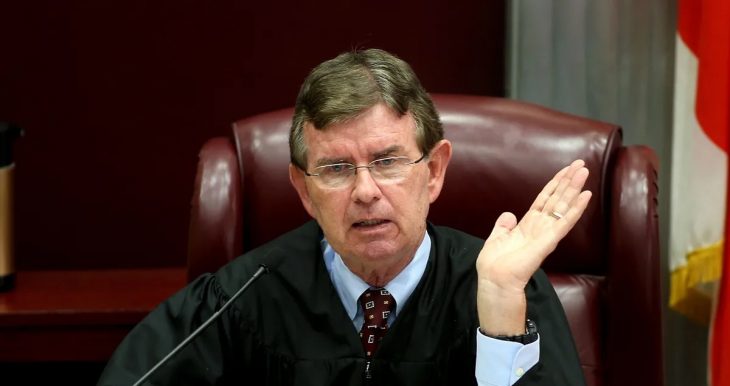 A Florida judge has sided with a teachers’ union against Florida’s move to reopen schools five days a week.

“A Florida judge Monday granted a temporary injunction against the state’s order requiring school districts to reopen schools during the novel coronavirus pandemic, saying in a harshly worded decision that safety concerns had been ignored.

Circuit Court Judge Charles Dodson, in a 16-page decision, granted the request in a lawsuit filed by the Florida Education Association (FEA) to block the order issued July 6 by state Education Commissioner Richard Corcoran compelling schools to reopen five days a week for families who did not want their children to do all virtual learning. Districts were threatened with loss of state funding if they did not comply.

But late Monday, state officials filed an appeal, which put a stay on the preliminary injunction. Lawyers for the FEA said they would file a motion to reinstate the judge’s ruling.

Dodson said that parts of the order were unconstitutional and that state officials “have essentially ignored the requirement of school safety by requiring the statewide opening of brick-and-mortar schools to receive already allocated funding.” He also said the state had wrongly removed the right of local districts to decide for themselves on safe reopening plans.

The Florida Department of Education said it could not immediately comment on the decision.

The White House, where President Trump has been pushing districts to reopen schools and threatened to withhold federal funds if they didn’t — though he doesn’t have the power to do that unilaterally — said it would not comment on state matters.

The appeal by the state means that school districts cannot immediately move to change their reopening plans for starting the 2020-2021 school year without state permission.

Union leaders hailed the decision as a victory for local school governance and the health of students. FEA President Fedrick Ingram said school districts, parents, and the 150,000 members of his union can now plan for a safe school reopening that follows local health guidelines, not orders from Tallahassee.”