Kellogg Says It Will Permanently Replace Workers On Strike

Kellogg Says It Will Permanently Replace Workers On Strike 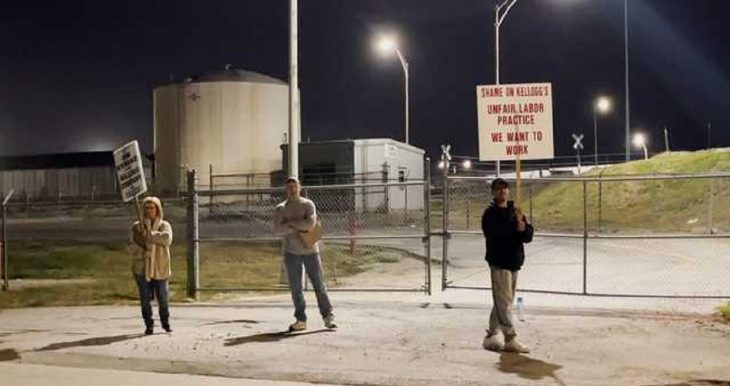 Kellogg announced that it will move to hire permanent replacements.

“Kellogg’s is planning on permanently replacing its striking workers after the company failed to reach an agreement with the Bakery, Confectionery, Tobacco Workers and Grain Millers International Union on Tuesday.

About 1,400 union members at its cereal plants across the country have been on strike since Oct. 5 after their contracts expired the day before.

As the strike enters its eighth week, the company and the workers have been negotiating over benefits and pay, but those negotiations have hit a roadblock, according to Reuters.

Due to the latest setback in negotiations, the company said it had no choice but to replace the workers on strike with permanent employees to cover the staffing shortage.”