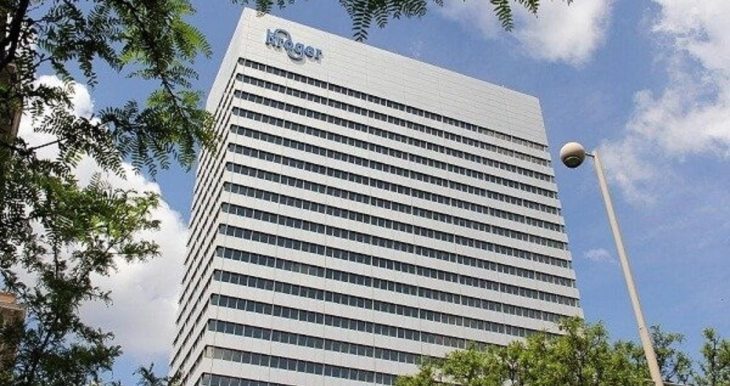 The COVID-19 pandemic has made a lot of companies a lot of money.

Amazon and its founder Jeff Bezos have enjoyed many billions more in new profit and wealth.

Walmart also raked in billions more while, like Amazon, sharing little with its workers.

And then there is Kroger. A simple grocery chain where workers kept Americans fed and stocked with supplies during the pandemic. Many of these employees risked their lives to keep Kroger open.

The company’s CEO cut their hazard pay. And then a few months later received $22.4 million in compensation.

“McMullen’s pay package was revealed Thursday in a regulatory filing. His compensation rose almost 6% from the prior year, padded by a bigger bonus, a salary hike and stock awards,” the Huffington Post reports. “That was McMullen’s biggest take ever since he became CEO in 2013.”

“Median pay for Kroger’s workers fell 8%, to an annual $24,600,” the Huffington Post continues. “Kroger’s full-time workers, however, did get a bonus a year ago: $300. The Cincinnati-based company, the nation’s largest supermarket chain, employs about 465,000 people.

McMullen early last year proudly announced a $2 hourly hazard increase — which he termed a “Hero Bonus” — for store and warehouse employees who continued to work as they risked contracting the coronavirus.

But the bonus was cut in May 2020, even as COVID-19 surged, sparking a storm of controversy.”

This is the same company that closed stores in cities that mandated hazard pay.

As the second largest grocery chain in the country, one would hope that its executives would have tried to set a positive example of how to treat employees during a pandemic. Instead, they decided they wanted more yachts instead.