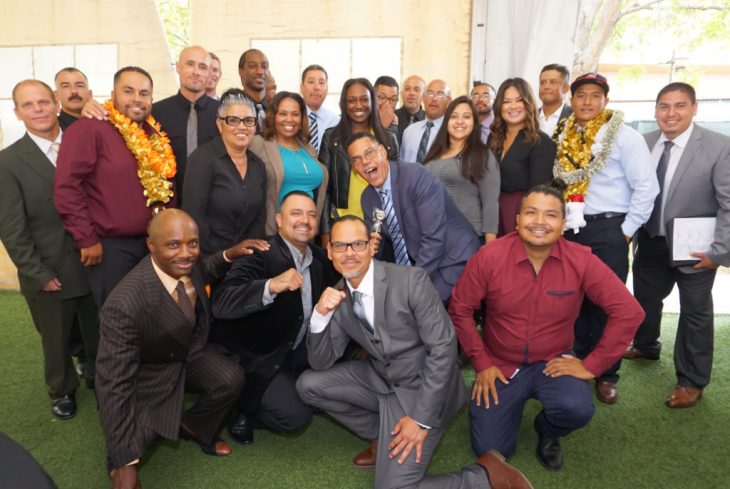 “After paying their debt to society, many are left with few paths towards rehabilitation and even less paths to flourish,” said Rusty Hicks, President of the Los Angeles County Federation of Labor, AFL-CIO. “Our graduates have shown that if given the opportunity, and some support, they can change themselves and improve the lives of their families.”

“The Second Chance Program has graduated almost 150 graduates since 2016 with an 80% placement rate into, not just jobs, but quality careers that transform lives and communities,” said Araceli Campos, Executive Director of the Miguel Contreras Foundation. “The passion of each partner and of each of our participants make our collective success an example of what union work can do to elevate Los Angeles.”

“Our communities are safer and healthier when formerly incarcerated people have real opportunities to thrive,” said Shaka Senghor, Executive Director of the Anti-Recidivism Coalition (ARC). “We are proud to see the graduates work hard, excel, and secure a better future for themselves, their families, and our communities.”

“Cohort Seven, and this program, signifies a transformation, opportunity, and second chance,” said Ronald River, graduate of the Second Chance Apprenticeship Program. “Through the continued support and training, we are able to receive the skills necessary to change our lives.”

“The apprenticeships of the affiliate’s local unions of the Building Trades have tough programs,” said Ron Miller, Executive Secretary of the Los Angeles/Orange Counties Building and Construction Trades Council, AFL-CIO. “But the graduates of the Second Chance Program continue to come prepared, driven, and ready to hit the ground running.”

“I have a future and a career from this program,” said recent graduate Isabel Rios. “And the more I learned about being a union member, the more sense it made as the type of life and livelihood I wanted for my family.”

Highlighting the program’s success, two graduates were hired prior to graduation. Justin Lawrence, a graduate from the seventh cohort, was scheduled to speak at the graduation ceremony, but could not attend due to starting his new job working at the Los Angeles Coliseum with the Iron Workers Union Local 43.

Since its founding in 2016, the Second Chance Apprenticeship Preparation Program placed over 80% of its graduates in high-wage, union construction jobs, such as electricians, sheet metal workers, and carpenters.

Los Angeles is home to the largest formerly incarcerated population in California, with tens of thousands of individuals released in the County each year.