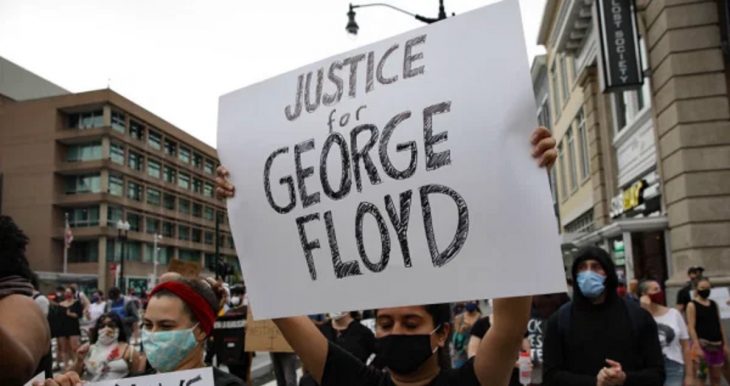 Labor union representatives are making their voice loud and clear: the labor movement stands firmly in support for justice for George Floyd and firmly against the forces of hate, racism, and police brutality.

Labor has a strong history of marching in solidarity with those who push for civil rights for the oppressed and marginalized members of society. And that tradition continues to this day.

Below are some of the statements issued by the nation’s elected labor leaders in support of those seeking justice for Floyd and the many others who are victims of ongoing discrimination and violence.

Richard Trumka, President of the AFL-CIO:

My heart is heavy at the events of the past few days. I watched the video of George Floyd pleading for his life under the knee of a Minneapolis police officer. No person of conscience can hear Floyd’s cries for help and not understand that something is deeply wrong in America.

What happened to George Floyd, what happened to Ahmaud Arbery, what happened to far too many unarmed people of color has happened for centuries. The difference is now we have cell phones. It’s there for all of us to see. And we can’t turn our heads and look away because we feel uncomfortable.

Racism plays an insidious role in the daily lives of all working people of color. This is a labor issue because it is a workplace issue. It is a community issue, and unions are the community. We must and will continue to fight for reforms in policing and to address issues of racial and economic inequality.

This past week marked another tragic time in our nation’s history with the murder of George Floyd in Minneapolis. Unfortunately, this is just the latest incident of an unwarranted police killing of an unarmed black man in the United States, and a harsh truth that we must accept – equal justice under the law is not a reality for all Americans. Black people fear for their lives on a daily basis by the very institutions which are supposed to protect them. It may not be most of our truths, but we must acknowledge and understand that this is the truth of so many black and brown brothers and sisters in this union and throughout our country.

The Teamsters Union has long supported the civil rights movement and the fight to ensure the fair treatment of all our people regardless of race, color, gender or sexual orientation. We reject social injustices such as racism, which have eroded and divided us as a country for far too long. Denying that racism still exists and continues to operate in ways which destroys lives and communities threatens our very freedom.

The state of America today, further shattered by George Floyd’s murder, breaks every patriotic heart. The raw outrage we see in the streets comes as a pandemic has needlessly killed more than 100,000 of our loved ones and more than 40 million Americans are out of work, afraid they won’t be able to provide at the dinner table let alone pay next month’s rent or mortgage.

We have tried to address the problem of systemic racism peacefully. But those attempts – including kneeling during the national anthem – were met with scorn, mockery and blacklisting. Now we are at the point where millions have nothing left to lose, and they are channeling their anger through violence.

But as an African-American man who lived through the 1960s, a father who has two sons and three grandsons and is concerned about their future, and as someone who leads one of the largest labor unions in the country – one that is strongly allied with the legacy of Dr. Martin Luther King, Jr. and the civil rights movement – I propose a better way to channel our anger and our energy. Peaceful protests must continue. In the process, we cannot tear down the very vital services our families, friends and neighbors need to make it through this pandemic.

The vulnerable need access to grocery stores and pharmacies. Workers cannot afford the closure of more businesses due to riots. Any anger and energy spent destroying the vital services our nation needs in this tumultuous time in our history is a dishonor to George Floyd’s memory and only sinks us further into chaos.

“If we want to crush systemic racism, this is where we should begin: by registering to vote and bringing down every politician from the top down who has built a career out of stoking racial flames, failing to prepare our nation for this pandemic, and doing nothing as millions more file jobless claims each week.

We must educate ourselves on where they stand. We must register to vote. And we must destroy the rigged system that has enabled their rise to power.

This is not normal. Except it is.

On Monday, George Floyd was murdered by an officer of the Minneapolis Police Department, while three additional officers stood by and watched. Yet again, a Black man was targeted and suffocated to death by the people who should, ostensibly, “protect and serve.” UNITE HERE condemns this action and demands swift and complete justice for Mr. Floyd and his family.

For months we have grappled with “the new normal” of living in the midst of COVID-19. We’ve struggled with job loss, with wearing masks, with the need to socially distance. What we need to grapple with, and change, is the historic normal. The commodification and the brutalization of Black people. From Emmett to Trayvon to Sandra to Tamir to Eric to Philando to Botham to Breonna to George Floyd and too many others—it has become “normal” to see our Black Brothers and Sisters being killed, and we cannot and will not stand idly by.

Our heartfelt condolences go out to the family and friends of Mr. Floyd. Black Lives Matter, George Floyd’s life matters. Justice must be served, and our country must change, because this “normal” should not be normal.

Our union, the United Steelworkers, is great because of our solidarity, our respect for each other, and our unyielding commitment to justice, fairness and equality. The labor movement gains its strength from our common belief that all people are inherently valuable and have an undeniable right to a fair, just and dignified life, regardless of race, religion, gender or sexual orientation.

Many of us, as a result, were not only appalled but distraught to witness the killing of a Black man in Minnesota, George Floyd, at the hands of Minnesota police officers while lying on the ground handcuffed. One of the officers kneeled on Mr. Floyd’s neck as he begged for his life with those now familiar words, “I can’t breathe.”

We are a better nation than this . . .
At moments like these, we in the labor movement cannot be silent and must express our collective outrage over these brutal murders.

We call upon the U.S. Justice Department and the FBI to ensure constitutional enforcement of the law by state and local law enforcement agencies, by investigating and prosecuting the perpetrators of crimes such as this.

We cannot fight the racism, hate and impunity.

Over the past few years, we have seen heightened public awareness of the racism that people of color have always experienced. Awareness is not enough—it must lead to action. In Minneapolis, that means arresting and charging the officers responsible for the death of George Floyd.

It’s important to recognize that the officers in Minneapolis are not representative of the entire law enforcement community. SEIU members serve on the frontlines doing essential work, including many in law enforcement who keep people safe and uphold the public trust. However, when that trust is broken, we must use our collective voices to call for change.

Unfortunately, justice cannot be served for Ahmaud, Breonna, and George. Justice would be having them alive and well with their family and friends. But we can choose to make this moment a turning point so that no one feels they can take another person’s life for granted.

SEIU members will keep up the fight for racial and economic justice, including educating each other and mobilizing to elect leaders in November who will stand with us and take action for justice. We will stand in solidarity with our members in Minnesota who are holding their elected leaders accountable, and with those protesting in cities across the nation.  We will partner with community organizations and allies to press for accountability and systemic changes across the criminal justice system, as well as living wage work, affordable healthcare, the right to join together in a union, and the dignity and respect that we all deserve, no matter where we are from or the color of our skin.