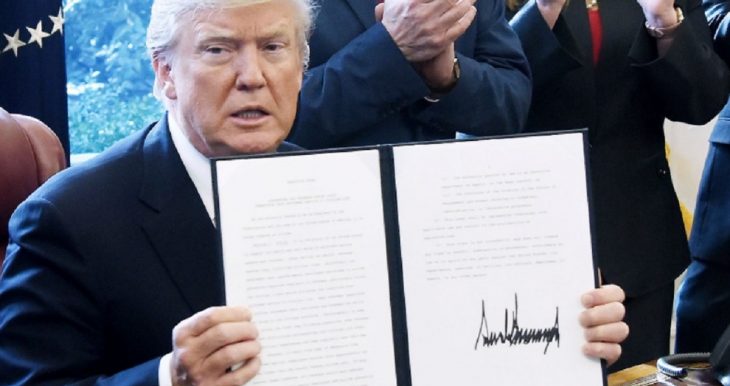 Unions are hopeful that anti-union executive orders from the last few years will be overturned by the incoming administration.

“Federal employee unions are counting on President-elect Joe Biden to quickly repeal a trio of 2018 executive orders once he takes office in January.

But that’s only the first step. Simply repealing them isn’t enough to undo the damage federal unions say they caused.

‘When it comes to federal employee rights, we don’t think the Trump administration was able to do anything that can’t be undone,’ Tony Reardon, national president of the National Treasury Employees Union, told reporters Tuesday. ‘It’s going to take some work beyond just rescinding the executive orders, but the damage is not permanent.’

Though rescinding President Donald Trump’s 2018 executive orders on employee firings, collective bargaining and official time may eliminate the pressure on agencies to gut existing contracts, a quick repeal won’t immediately address collective bargaining disputes that have been ongoing for years.

NTEU, which on Tuesday released a series of transition recommendations for the incoming Biden administration, pointed to its ongoing disagreements with the Department of Health and Human Services as an example.

HHS had revived previously-stalled negotiations with NTEU shortly after Trump signed the 2018 executive orders. The two parties exchanged proposals, but HHS declared impasse after the department and union met to discuss them.

The Federal Service Impasses Panel ruled on some of those proposals and HHS began imposing them on the union without NTEU’s agreement. To date, the union says it doesn’t have a final contract with HHS. There are still a handful of bargaining articles the two parties haven’t negotiated, and an arbitrator last year said HHS had improperly imposed the panel’s decision on NTEU. It ordered both parties to return to the bargaining table.

But with a new administration, and new leadership at HHS, the union said it’s hopeful the department will reconsider its bargaining position and simply start over.

The union said it’s hopeful a Biden administration, with new leadership at the Department of Health and Human Services, will reconsider its bargaining position and simply start over.”

For the full story, visit the Federal News Network here.