Putting My Values to the Test - A Night on the Town

Putting My Values to the Test – A Night on the Town 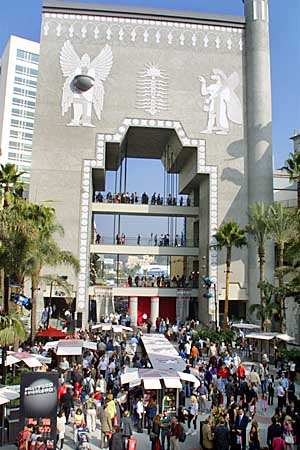 At our house Thursday night is date night. I’ve been married for more than 20 years and we’ve managed to keep it together with a lot of hard work and a little bit of regular excitement. Well, date night can’t get in the way of my Buy Union! challenge, so we’re going to have to figure this out.

To be honest with you, my husband hasn’t jumped on board with the Buy Union! challenge. He’s a scientist and I’m an activist. We have different priorities, but we respect and support each other on those things that matter to us. So, last night—date night—when I informed him we had to make it a “union night,” he was agreeable.

I went with dinner and a movie. The first part was tricky. Even though there are several union-staffed restaurants in Los Angeles, none of them are in the Valley where we live, so I told my husband we’d jump in the my new union-made Ford Escape and go to Musso & Frank’s on Hollywood Boulevard. Musso and Frank’s is the oldest restaurant in Hollywood, since 1919, and is one of my favorite eateries. It’s just wonderful… and it’s union staffed. The restaurant has hosted everyone who’s anyone in Hollywood since the days of silent films, from Rudolph Valentino to Charlie Chaplin, from Steve McQueen to Johnny Depp, for good reason. Walking into the place, the history is palatable. The dark woods and red leather booths just radiate the stories of 91 years on Hollywood Boulevard. It’s a special feeling… and did I mention that the food’s great?

We were met with a red jacket, a bow tie and a smile by our waiter, Juan, who like most of the wait staff, has been there for years. I’ve never had bad service at Musso & Frank’s. In fact, I’ve only had excellent service. Juan was charming, fun and made us feel welcome. It’s how you want to feel when you go out:  Happy for another night on the town together.

We each ordered a drink. Musso & Frank’s is known for the best martinis in town, but there aren’t a lot of American union-made vodkas available and Musso & Frank’s didn’t carry them. So, while my husband nursed a vodka martini (from a company I won’t name), I had a Bacardi and Diet Coke–two union-represented companies. Delicious!

Looking over the menu, I began to wonder about my dining choices. These dishes were being served by union staffs, but I don’t think the farmers were union members. I guess I’m going to have to settle for my choices having a union element to them. I ordered my favorite – the pork chop, while my husband had the steak, and both were perfect.  If you haven’t had experienced Musso & Frank’s, you really haven’t experienced the best of Los Angeles

After finishing our meal, we took a walk down to the union-built and staffed Kodak Theatre. Strolling over the stars beneath our feet, my mind wandered to the lyrics of the Kinks song “Celluloid Heroes.”

Some that you recognize

Some that you’ve never even heard of…

Whether I remembered their names or not, I knew nearly every one of them had been SAG or AFTRA members. All part of the solidly unionized Hollywood entertainment industry. Crossing Highland, I could hear groups of tourists speaking in languages from all over the world—German, Japanese, Chinese, Spanish, French. They flocked to see a building (a pretty amazing building at that) which had been union built, was union staffed and famous for an event that was union produced to honor overwhelmingly union artists. In fact, union crews are working at the Kodak right now, building a stage for Cirque du Soleil. As I walked through the elegant halls of the building, I was proud of what our members built.

We finally made it back to our car and took off to the ArcLight Theatre on Sunset Boulevard. As we parked, I began to feel a bit anxious. The ArcLight isn’t union… but the film we’re seeing (“The Social Network”) is.

Where do I draw the line? There aren’t any union-staffed movie theatres in Hollywood. How is this going to affect my challenge? My husband looked at me impatiently. I’m going to have to settle for the fact that the film I’m purchasing tickets for was shot partially in Los Angeles with union crew and actors. It wasn’t as solid a feeling as buying union-made Mott’s apple sauce at union-staffed Ralphs, but it was a step.

By the way, “The Social Network” was fantastic. There’s been a lot of discussion in the labor community about social networks as a means of mobilizing the public, something I have mixed feelings about. Times are changing and we, as a part of the labor movement, are going to have to adapt to them. Move it or lose it, pal!

The evening overall was a success. I got to spend the night on the town with my guy, experience the history of Hollywood and take a glimpse into its future. Sure, I may have cut a corner or two here or there, but every experience was in one way or another touched by the unions that made them possible, and I felt good about that.