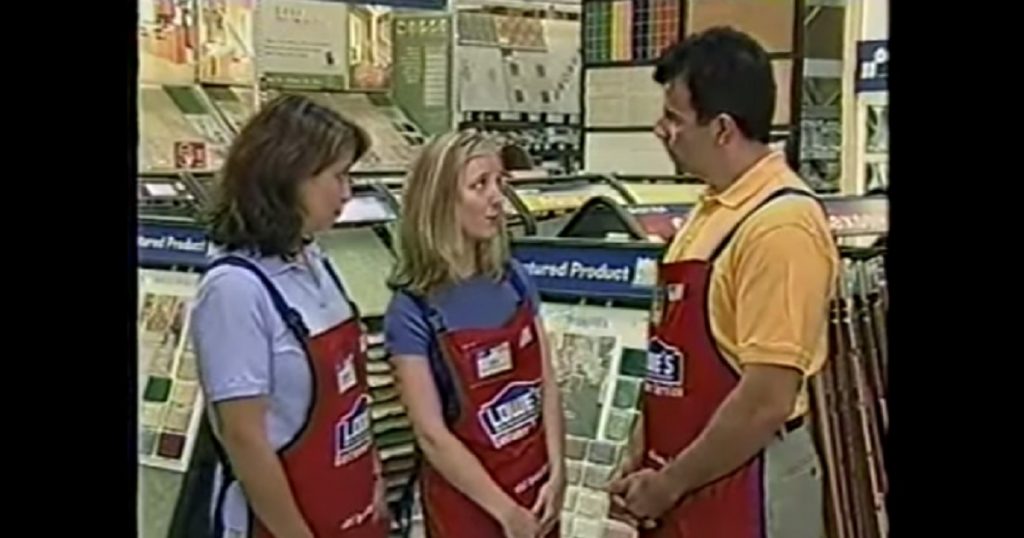 When watching the first eight minutes of the video below made for Lowe’s store managers, I thought, “nothing looks too bad so far.” But, as with virtually all corporate videos on unions, things get ugly and distorted quickly.

Starting at the 8:00 mark, Lowe’s states that “no matter how they might portray themselves, unions are a business.” You know, because businesses are democratically elected non-profit organization that are created by workers for the purposes of collective bargaining [/sarcasm].

The b.s. continues with the video claiming that “whatever problem an employee has, the organizer’s job is to point out that the union has a solution.”

For a real laugh, jump to 16:20, where some really bad acting tries to show how a union organizer talks to the organizing committee. It’s pure comedy gold. Kindergarten plays probably have better acting than this.

At 17:20, Lowe’s true feelings on unions and organizing slip out again when the video labels organizing committee members as “in-house pushers” who are “marginal workers in many cases and think the union is a way to increase their own power and influence.”

There’s so much more of this in this video. See for yourself below. It’s long, so we suggest starting at 8 minutes in and then jumping around. Chances are that you’ll land on some real doozies.