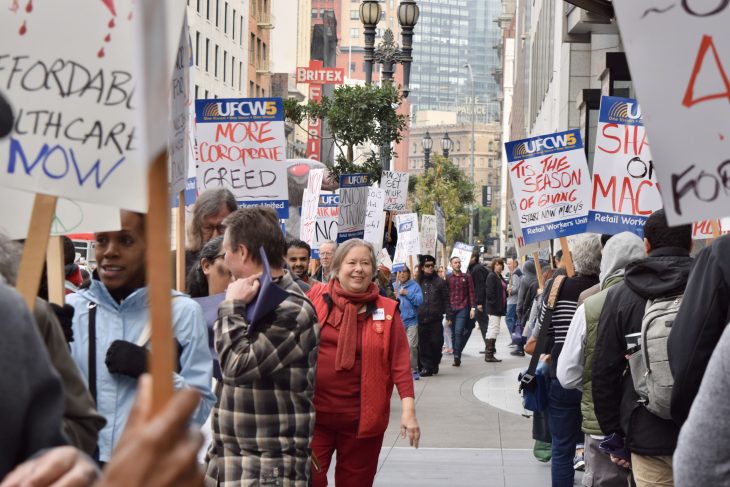 A huge crowd gathered outside of Macy’s Union Square store in San Francisco on November 7 to rally for a contract that delivers quality health care plans for employees as well as fair working conditions. Represented by UFCW 5 and supported by other unionists such as SEIU 87, those marching in solidarity belted out chants such as, “Macy’s Macy’s look around! SF is a union town!”

“We’re going to fight for what we want,” said Tony Vargas, UFCW 5 Representative for Macy’s. “We’ve given the company our proposals but we have not heard back.”

The rally was timed just prior to a “grand reopening” celebration by the store in preparation for the holidays. The store’s workers have been at the bargaining table with management for nearly six months, however thus far the company has ignored proposals brought by UFCW 5. Over the past year, health care premiums have skyrocketed to unaffordable levels for Macy’s workers and their families while wages haven’t increased to meet the escalating costs of housing and transportation in the Bay Area.

“With these issues we had no alternative but to take a strike vote against this employer and it came back with 90 percent of the employees voting against this very bad offer from Macy’s,” said John Nunes, UFCW 5 president. “One of the most egregious actions on behalf of this company was to go ahead and threaten employees with permanent replacements if they fight for better working conditions here at the store. Permanent replacements. I don’t think that they know that this is San Francisco and San Francisco does not tolerate this type of behavior.”

In addition to the lack of adequate benefits, Macy’s is also planning to lease areas of the store to vendor merchandisers, which could cut jobs of longtime workers by as much as 40 percent. As workers get ready for a potential strike, Macy’s has brought in hundreds of strike-breakers from out-of-town.

The rally-goers were joined by representatives from the San Francisco Labor Council and San Francisco Board of Supervisors Aaron Peskin, Sandra Lee Fewer and Ahsha Safaí among others. Fewer shared at the rally that she had once been a Macy’s employee and is familiar with the struggles of working for the retail giant.

“When we are paid well, when our families are taken care of, we are better employees,” Fewer said. “Macy’s, it’s time you stepped up for your workers and the residents of San Francisco. If you want to do business here in San Francisco, you play by San Francisco’s values.” 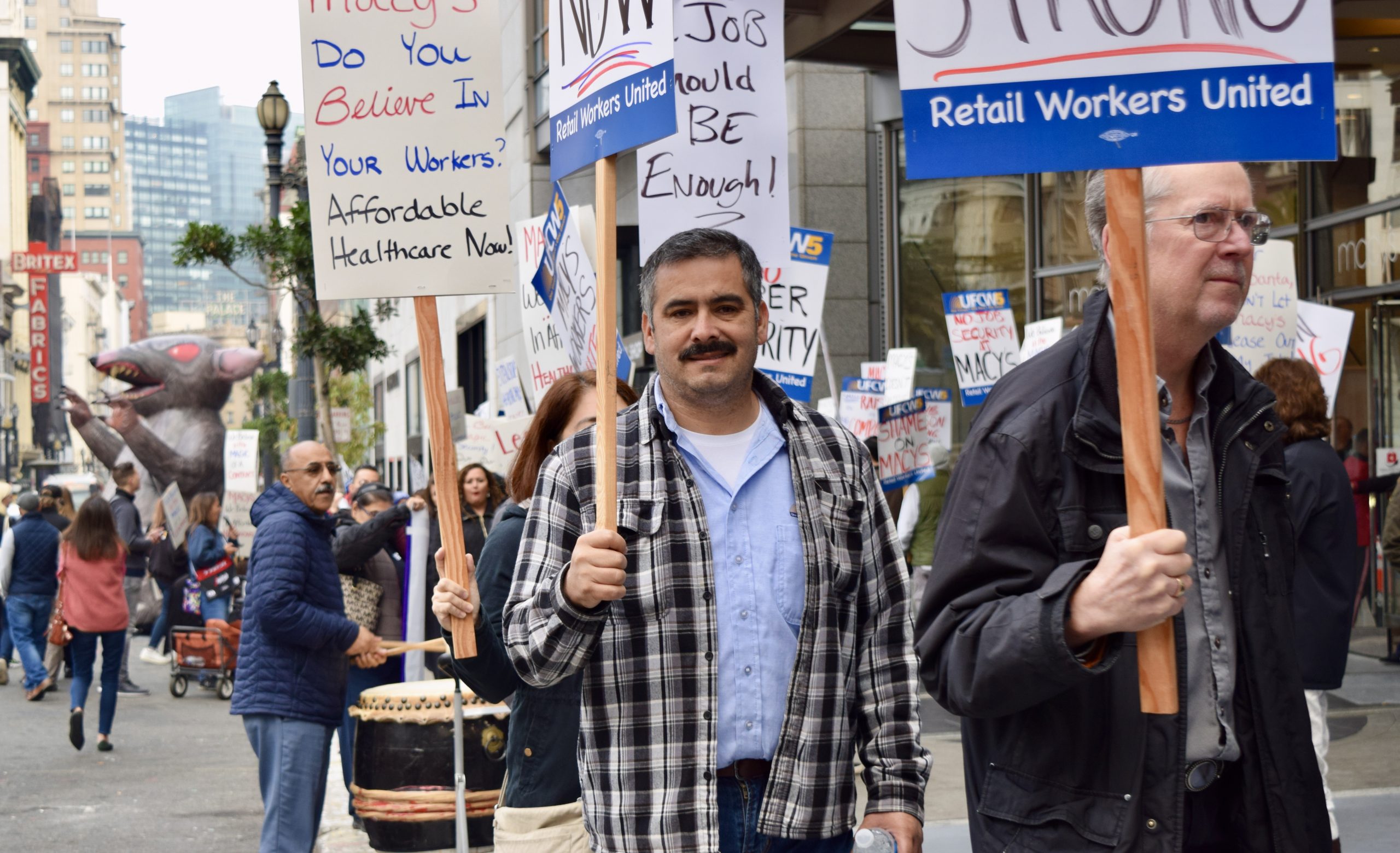 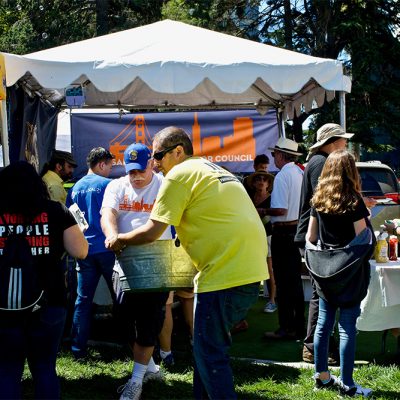