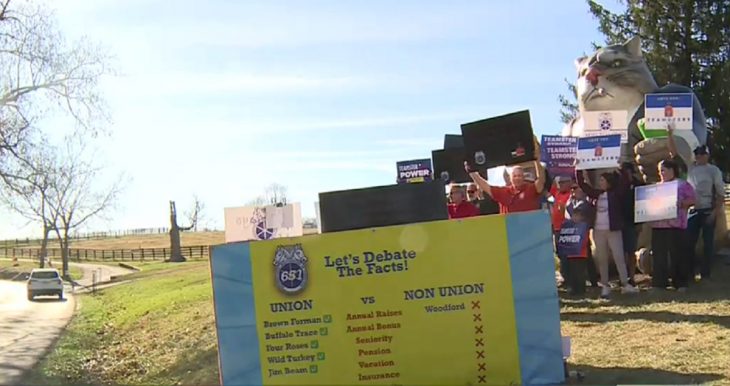 A union could be coming to a major bourbon distillery soon.

“Teamsters Local 651 is leading the effort to organize one of the bourbon industry’s biggest brands.

The organization says Woodford Reserve’s production workers are among the lowest paid in the bluegrass bourbon industry and are also in need of better benefits. So, they began speaking to workers in February and then officially filed for a union election in October.

‘When the company found out the union was getting involved, they immediately gave them a dollar an hour. When we filed for an election, I gave him another four dollars an hour,’ said Teamsters Local 651 President James Brant.

Brant says they are still among the lowest paid.

‘You can look at what the other distilleries make in this area and there’s a lot of room to negotiate a lot more for these workers,’ said Brant.

Brant says the workers’ other demands include better benefits and job security.

‘We found out they’re getting three weeks less on vacation,’ said Teamsters 651 Vice President Joe Lance. ‘They don’t have a pension plan like their brothers and sisters in Louisville do at Brown-Forman.'”

For the rest of the story, visit WKYT here.