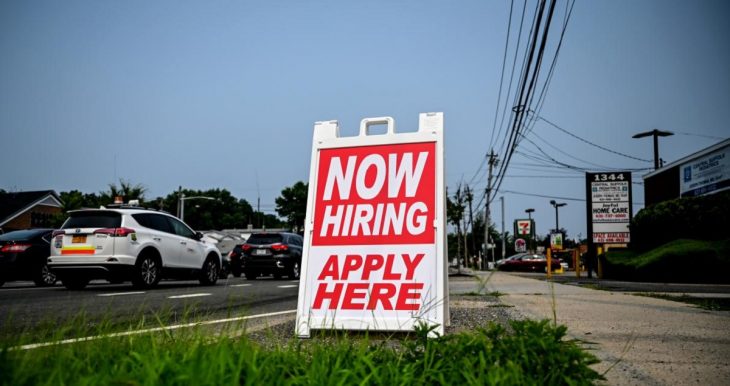 Sahid Fawaz October 22, 2021 0 Comments
Joey Holz, a Florida resident, got tired of listening to employers whine that no one wants to work. So he tested the theory himself and posted the results on Facebook.
Here is what he discovered:
“So I decided to do a blind study because I keep hearing about all of these jobs available out there, and how nobody wants to work, and everybody’s hiring, and they can’t find help. Tomorrow will be the final day of my 30-day experiment. I’ve applied to two jobs each day since September 1st for the sake of this experiment. I chose the jobs I applied for by finding Facebook posts in our local Fort Myers/Lee County groups where employers were talking about how hard it was to find help. I specifically sought out employers who blamed unemployment benefits for them not having employees.
I have received 16 responses by email, spoken on the phone with four out of those 16 people. And had one interview. I will be organizing all of this data into a fun chart.
The most hilarious thing is the one job interview I have done so far was offering minimum wage for pay which is around $8.60 and when I said that’s weird because your advertisement says that your starting pay is $10 an hour, they said it’ll be $10 when the minimum wage goes up later this month, you’ll start at $8.65.
When I asked what the average hours were, they said about 20…. I was like, that’s weird because your advertisement states full-time… they said you can move up to full-time after 6 months based on your performance.
Are these places hiring? That’s what their internet ad said. Are they desperate for HELP? Yes, according to their loud lamentations on Facebook, but so far 1 interview (where the advertised hours and pay were misrepresented) after 58 applications says y’all aren’t desperate for workers, you just miss your slaves….
Edit: This data set is not representative of the entire job market. I targeted a particular group of people who are very loud about a particular subject in a particular area. My opinion is that this is a familiar story to many. Just shining lights under the bridges is all