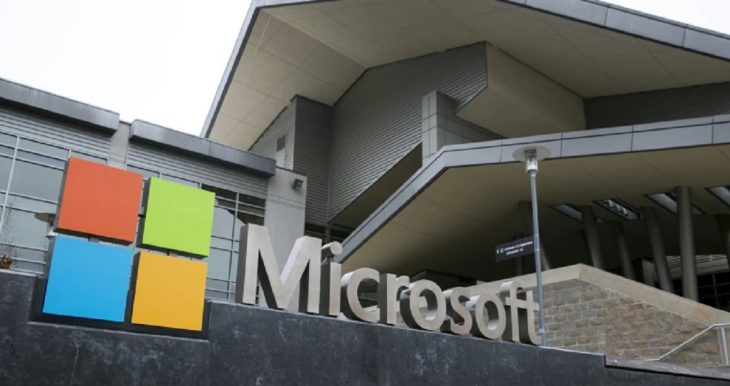 Microsoft wants its workers to know that it won’t stand in the way of unionization. That’s quite a break from the typical corporate America stance, especially in the notoriously anti-union tech industry.

Harold Meyerson of The American Prospect has a few ideas on why Microsoft is taking a hands-off approach to unionization:

“In a June 2nd blog post, Microsoft President Brad Smith wrote that the company would not discourage or delay its workers from forming or joining unions. Then, on Monday of this week, the company made a joint announcement with the Communications Workers of America (CWA) that if a majority of employees at Activision Blizzard, which Microsoft is in the process of purchasing for $70 billion, signed union affiliation cards, it would recognize that union. It would not oppose that effort; it would not subject workers to anti-union arguments; it would not insist on a follow-up election (a redundancy that every other U.S. company in a similar position would certainly insist upon).

The CWA has long been one of the nation’s most militant and effective unions. Unlike virtually every other union, it never abandoned the strike, and in recent decades won quite a number of them, while other unions shunned them for fear they’d lose. In that sense, the accord between Microsoft and CWA might be viewed as the agreement of two unicorns.

But there was more to Monday’s declaration than simple harmonic convergence. In March, the CWA sent a letter to federal regulators saying that the proposed acquisition raised a host of antitrust considerations. With this week’s announcement, however, the union withdrew its complaint.

This is exactly how unions should play the game.

As to Microsoft’s motivations, the company surely must have concluded that Biden administration regulators looking at the Activision purchase were a good deal less likely to rule against that purchase if it meant that Activision workers were to increase, not decrease, their income and power.

But there appears to be more to Microsoft’s calculations than derailing obstacles to its current acquisition, important though that may have been. Smith’s statement of June 2nd made clear its stance on unionization applied to all of Microsoft’s 181,000 employees who were eligible for union membership (as company executives, for instance, are not). What else could Microsoft have been thinking?

My theory (and it’s just a theory) is that Microsoft believes giving its workforce the right to unionize actually gives the company a competitive advantage over its peers—most immediately, its peers in the tech sector, which have universally greeted the prospect of a unionized workforce with horror and rage. Microsoft, by contrast, seems to have realized that the young techies it wishes to hire (and, once hired, keep) belong to the most pro-union generation in American history. In the most recent Gallup poll on the matter, fully 77 percent of Americans under 30 said they viewed unions favorably. One reason why Starbucks’s overwhelmingly youthful army of baristas is going union is that the pro-union sentiment of the young is both a rational calculation and a statement of values; it’s almost a cultural norm.”

For the rest of the piece – and it’s a great read – visit The American Prospect here.