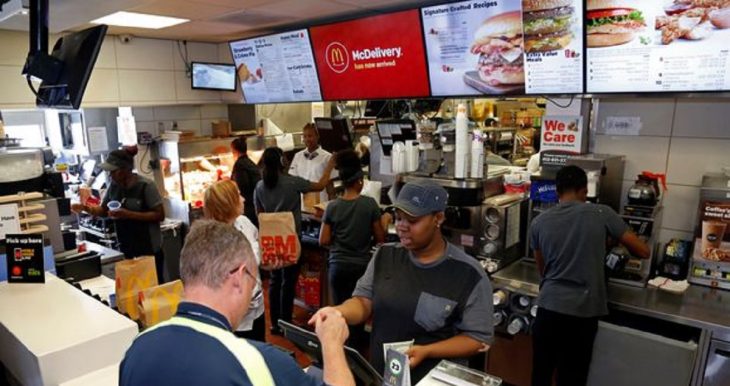 The Department of Labor under Trump is moving to limit the right of franchise workers to sue corporations.

“Workers could have more difficulty suing large companies for wrongdoing by contractors or franchisees under a rule announced on Sunday by the Labor Department.

Under the rule, which will take effect in March, employees of a fast-food franchise like a McDonald’s restaurant, for example, may struggle to win a legal claim against the parent company if a franchisee violates minimum-wage and overtime laws.

The rule, which the department proposed last April, fleshes out its position on a concept known as joint employment. It effectively replaces a more labor-friendly Obama-era approach that the Trump administration withdrew in 2017, one of several departures from the previous administration in the area of employment and labor law.

After the rule takes effect, it could limit the ability of millions of workers to recover wages they are owed.

The contractors and franchisees that directly employ workers often have limited resources to pay legal penalties and settlements, making the large upstream companies with whom these employers have a relationship a more practical target.

“This resolution provides much-needed clarity for the 733,000 franchise establishments across America,” said Robert Cresanti, the president and chief executive of the International Franchise Association, an industry group.

Advocates for worker have criticized the rule, arguing that it provides a road map of sorts for employers seeking to avoid liability for harmful practices.

Under the new rule, whether a company like McDonald’s is a joint employer and could be held liable for violations committed by a franchisee hinges on four factors: whether it hires and fires employees of the franchisee; whether it supervises the employees and controls their schedules; whether it determines their pay; and whether it manages their employment records.

A company would typically have to meet some or all of these criteria to be considered a joint employer.

By contrast, under the approach set out by Barack Obama’s Labor Department, a broader set of ‘economic realities’ dictated whether the company should be considered a joint employer — among them, the degree of dependence of workers on the upstream company. For example, a company could be considered a joint employer of a contractor’s employees if it provided facilities and equipment for the workers, and if the workers were easy to replace, even if the company didn’t supervise the workers or hire and fire them.

Catherine Ruckelshaus, the general counsel of the National Employment Law Project, a worker advocacy group, said that the department’s new rule essentially offers guidance to the courts, which courts aren’t bound to follow. But, she added, the rule could still have significant practical impact because ‘many workers and employers and courts follow D.O.L. guidance.'”