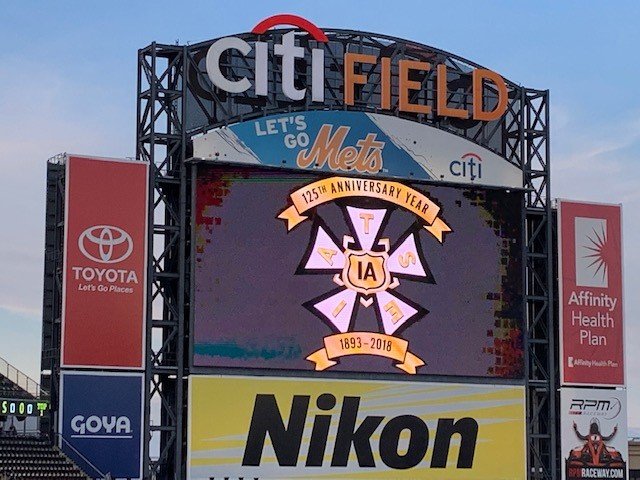 On the field was a matchup of rivalries: New York Mets vs Los Angeles Dodgers, East Coast vs. West Coast, Big Apple vs Hollywood.

Off the field, however, at the first annual International Alliance of Theatrical Stage Employees (IATSE) Summer of Solidarity event September 15 at Citi Field, the vibe was all about unity. More than 900 members from multiple east coast IATSE locals turned out to cheer on the Mets, raise awareness for the IATSE Political Action Committee (PAC) and hit a home run for union solidarity.

The event was the brainchild of Jason Caccavo and Mark W. May of IATSE Local 4 (Stagehands – Brooklyn and Queens). Citi Field – home of the Mets – is a union venue, staffed by Local 4 technicians. The event organizers sold more than 900 tickets. IATSE president Matt Loeb was selected to throw out the first pitch prior to the nationally-televised Dodgers-Mets game, and Local 1 President James J. Claffey Jr. was Loeb’s catcher. Several IATSE members took the field as Spirit Award winners and IATSE was recognized on the Mets scoreboard.

But before the ceremonies, representatives from more than eight locals gathered in the parking lot to eat, socialize and learn about the IATSE PAC.

“Members can donate to the PAC if they choose, but we’re just trying to inform people about what the PAC is and what it’s for,” said May, a Local 4 Trustee. “We figured we would try to build solidarity. The hope for this is to bring more of the locals together.”

“Especially the New York and New Jersey locals,” added Caccavo, a member of Local 4’s Executive Board. “Union density is the strongest in the country. We want to keep showing that this is a union town.”

Collecting signatures and PAC donations, Local 52 Political Coordinator Scott Templeton, noted that events like these were also an opportunity for members of different locals to get acquainted. 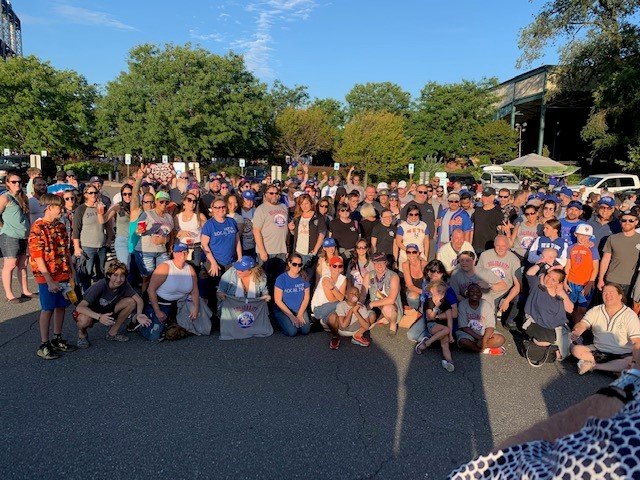 “I’m a studio mechanic so I work on film sets and TV shows,” said Templeton. “I don’t know what it’s like to work a trade show or to be a projectionist or to work at Disneyland. I don’t know what it’s like to be an editor or to be a ticket-taker. So it’s always very interesting to me to figure out sort of what their struggles are and what they’re dealing with. Locals who are in right-to-work states have all the cards stacked against them as they fight for their worker protections. We created this event because we wanted to make people aware that lots of people have different issues and problems that we face.”

President Loeb acknowledged that he did some preparation in anticipation of his first pitch (“Maybe they’ll draft me after this,” he said). As a native of Cleveland, Ohio, his baseball loyalties lay with neither the hometown Mets nor the visiting Dodgers.

As the president of IATSE, however, his union’s priorities were quite clear.

“I have been asking people to get active and get involved and these locals have answered the call,” Loeb said. “It’s for a great cause to support the IATSE PAC and support candidates who support labor.”

And topping the priority list of IATSE’s political agenda?

“Getting rid of that idiot at 1600 Pennsylvania Avenue,” Loeb said.