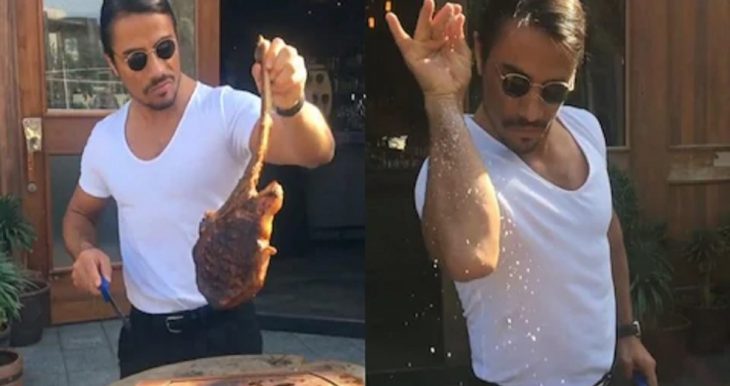 An internet celebrity’s restaurant is in hot water over its firings of four workers.

“The New York restaurant owned by the celebrity chef known as ‘Salt Bae’ violated federal labor law when it fired four workers for complaining about its tip pooling policy, a National Labor Relations Board attorney said in one of four advice memos released Thursday.

The National Labor Relations Act ‘undeniably’ protected the Nusr-Et Steakhouse workers per longstanding agency case law holding workers are shielded from retaliation when they complain about tip pools, then-NLRB Division of Advice head Jayme Sophir said in the letter dated June 2019. A 2019 ruling that a JFK International Airport worker was not protected when he complained about poor tips did not displace this precedent, Sophir said.

‘Unlike the skycap’s isolated gripe in Alstate, the charging parties acted concertedly by repeatedly bringing employees’ concerns about the employer’s tip pooling policy to management, including during group pre-shift meetings and one-on-one conversations,’ said Sophir, who retired last year. ‘Also unlike in Alstate, the charging parties’ conduct concerning the tip pooling policy was protected as it related to working conditions over which the employer exerted control.’

The Division of Advice answers legal questions posed by officials in the board’s regional offices and periodically releases these advice memos to the public, typically after the cases they pertain to are resolved. The Nusr-Et letter references four unfair labor practice cases that were settled last year and closed last month.

Sophir recommended the agency issue a complaint against Nusr-Et after four workers for the chef, whose real name is Nusret Gökçe, complained to the board following their firings. Gökçe rose to fame in 2017 after a video of him sprinkling salt on cut steak went viral.

Nusr-Et ostensibly let the workers go for conduct violations, though their firings came after they repeatedly complained about its practice of pooling and dividing tips among workers regardless of their shifts, according to Sophir’s letter. The restaurant previously forbade workers from discussing the policy, and management referred to the complaining workers as a ‘cancer,’ Sophir said.

The NLRA shields workers from firing for engaging in group activity for ‘mutual aid or protection,’ and the board in a 1986 ruling known as The Loft said workers who complained about a tip pooling system were ‘undeniably protected under Section 7 of the Act.’ The Nusr-Et workers were protected by this precedent, Sophir said. She also said ‘abundant evidence of [anti-union] animus,’ including the ‘cancer’ comment, shows Nusr-Et fired the workers because of their complaints and not because of their conduct.”

For the rest of the story, visit LAW 360 here (requires registration).