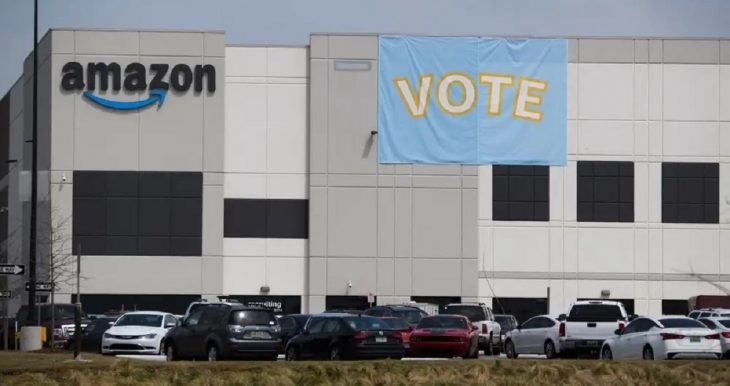 Should Amazon be allowed camera surveillance of the ballot box in the historic Alabama election? The nation’s top labor relations agency has ruled no.

“The National Labor Relations Board has rejected Amazon’s request to install a video camera to keep an eye on boxes containing thousands of ballots key to a high-stakes union election in Alabama.

The closely watched vote in Bessemer, Alabama, concluded Monday. Approximately 5,800 workers at the facility in Bessemer were eligible to vote to join the Retail, Wholesale and Department Store Union (RWDSU). Vote counting was slated to begin at 11 a.m. ET on Tuesday, but the final tally may be days or weeks away, as Amazon and the RWDSU can contest ballots.

Amazon had sought to place a video camera in the NLRB’s Birmingham office, where votes will be tabulated, to keep an eye on the ballot boxes in the off-hours between counting, according to an NLRB order Monday denying Amazon’s request. The camera feed would have been accessible by both Amazon and the RWDSU.

‘Though the mail ballot election in this matter is large, it is not, as the Employer asserts, of a “special nature,”‘ Lisa Henderson, acting regional director at the NLRB, said in the ruling. ‘The Region will conduct the ballot count within view of observers participating via virtual platform as well as in-person observers, and in accordance with Agency procedures and protocols, including those for securing ballot boxes.’