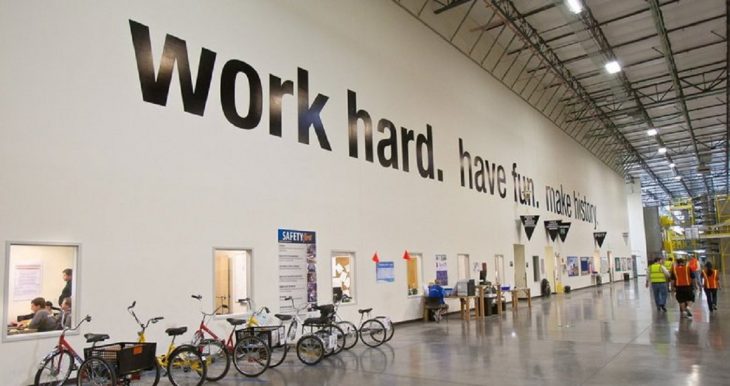 Amazon is in the news again for worker retaliation.

“The National Labor Relations Board has accused Amazon of illegally firing a worker who advocated for better working conditions during the pandemic, BuzzFeed News reported Friday.

The NLRB filed a complaint against Amazon last month for firing former warehouse worker Courtney Bowden, meaning her case will be heard by a federal judge in March, according to BuzzFeed News.

Amazon fired Bowden in March after she tried to organize her coworkers to push for paid time off for part-time workers, claiming she had gotten into an altercation with a coworker, The Wall Street Journal reported in April.

Bowden disputed Amazon’s claims, telling The Wall Street Journal at the time that the company was ‘trying to get rid of organizers,’ adding: ‘We are being targeted.’

‘Amazon has a policy of not commenting on active litigation. However, we have zero tolerance for retaliation for employees who raise concerns,’ Amazon spokesperson Lisa Levandowski told Business Insider in a statement.

Bowden is one of at least six workers that Amazon fired in the early days of the pandemic following frequent protests around the world over what workers said were unsafe working conditions. Those workers included Chris Smalls, who sued Amazon, claiming its COVID-19 response was racially biased and violated civil rights laws, Bashir Mohamed, who pushed for better cleaning practices, and others who criticized Amazon’s working conditions.

‘We support every employee’s right to criticize their employer’s working conditions, but that does not come with blanket immunity against any and all internal policies. We terminated these employees not for talking publicly about working conditions or safety, but rather, for repeatedly violating internal policies,’ Levandowski told Business Insider.

Still, the firings drew strong criticism from multiple lawmakers and sparked several legal challenges from regulators in Illinois and New York as well as the NLRB, who have accused the company of violating city, state, and federal human rights and labor laws by retaliating against whistleblowers. Amazon’s response even prompted one of its top executives to resign, citing Bowden’s firing as part of his reasoning.”