NLRB: evidence submitted by union ‘could be grounds for overturning the vote’ in Amazon election 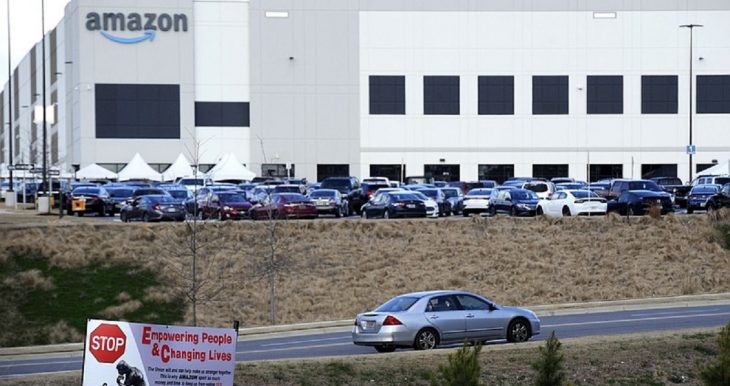 The results in the historic Amazon election could be overturned says the nation’s top labor board.

“Evidence submitted by a retail union that raised objections to Amazon.com Inc’s (AMZN.O) conduct at this month’s union election in Alabama ‘could be grounds for overturning the vote’, the National Labor Relations Board said on Wednesday.

The labor board has overturned several union elections over the years. In 2016, the board overturned an election the United Steelworks union lost by a decisive vote – a decision criticized by large U.S. business lobbies.

The NLRB will hold a hearing on May 7 to consider objections filed by the Retail Wholesale and Department Store Union (RWDSU), which failed to secure enough votes from Amazon warehouse workers to form a union. The vote count announced on April 9 showed that workers at Amazon’s Bessemer, Alabama, warehouse rejected the union by a more than 2-to-1 margin.

‘The evidence submitted by the union in support of its objections could be grounds for overturning the election if introduced at a hearing,’ the labor board said.

The RWDSU submitted nearly two dozen objections to Amazon’s conduct during the election, which it said prevented employees from a “free and uncoerced exercise of choice” on whether to create the company’s first U.S. union.

The RWDSU alleged that Amazon’s agents unlawfully threatened employees with closure of the warehouse if they joined the union and that the company emailed a warning it would lay off 75% of the proposed bargaining unit because of the union.”