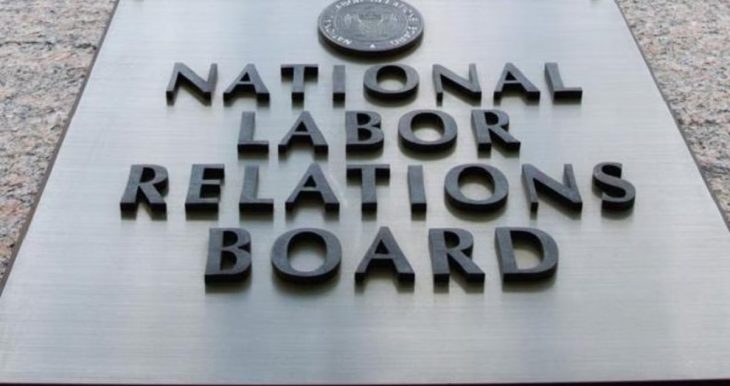 National Labor Relations Board Region 3-Buffalo Regional Director Linda M. Leslie is going after Starbucks for its union-busting against workers who want a voice on the job.

The NLRB issued the following statement:

Today, National Labor Relations Board Region 3-Buffalo Regional Director Linda M. Leslie petitioned in United States District Court for injunctive relief for seven former Starbucks employees in Buffalo, New York who were unlawfully fired for exercising their right to form a union. Section 10(j) of the National Labor Relations Act (NLRA) authorizes the NLRB to seek injunctions against employers and unions in federal district courts to stop unfair labor practices where, due to the passage of time, the normal Board processes are likely to be inadequate to effectively remedy the alleged violations.

The petition explains that, after learning about the organizing effort, Starbucks immediately set its vigorous antiunion campaign in motion, employing an expansive array of illegal tactics such as raising wages, promising benefits, bringing in a cadre of managers to monitor employees and discourage union activity, closing stores with active organizing drives, and threatening employees—culminating in the discharge of seven union activists at five different stores over the course of six weeks.

The Regional Director is seeking an interim Gissel bargaining order for Camp Road employees because traditional Board remedies will be unable to restore “laboratory conditions” to enable the NLRB to conduct a free and fair rerun election. She is also seeking a broad nationwide cease-and-desist order that would be applicable to all the Employer’s facilities in the United States along with a national posting of the district court’s decision and order at all Starbucks facilities to fully notify employees of their NLRA rights and the protections being afforded by the court’s order.

“Absent immediate interim relief, Starbucks will achieve its goal, through unlawful means, of irreparably harming the campaign in Buffalo, and sending a clear chilling message to its employees across the country,” said Region 3’s Regional Director Linda M. Leslie. “We are asking the Court to swiftly grant the injunction so that the unlawfully discharged workers can return to work and effectively exercise their right to engage in union activities, including collectively bargain a union contract.”

If granted, the injunction would provide interim relief while the case is being litigated. Regional Director Leslie issued a consolidated complaint on May 19, 2022 containing over 200 allegations of unfair labor practices by Starbucks. A hearing on the complaint before an Administrative Law Judge is set for July 11, 2022.