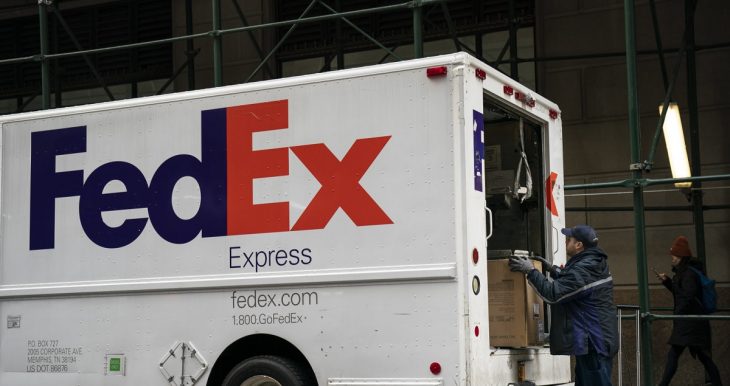 Think the system is rigged in favor of corporate giants? You would be right if you were talking about Fed Ex. The company, which is no friend of labor given its solid reputation of union-busting, paid nothing in taxes.

“In the 2017 fiscal year, FedEx owed more than $1.5 billion in taxes. The next year, it owed nothing. What changed was the Trump administration’s tax cut — for which the company had lobbied hard.

The public face of its lobbying effort, which included a tax proposal of its own, was FedEx’s founder and chief executive, Frederick Smith, who repeatedly took to the airwaves to champion the power of tax cuts. ‘If you make the United States a better place to invest, there is no question in my mind that we would see a renaissance of capital investment,’ he said on an August 2017 radio show hosted by Larry Kudlow, who is now chairman of the National Economic Council.

Four months later, President Trump signed into law the $1.5 trillion tax cut that became his signature legislative achievement. FedEx reaped big savings, bringing its effective tax rate from 34 percent in fiscal year 2017 to less than zero in fiscal year 2018, meaning that, overall, the government technically owed it money. But it did not increase investment in new equipment and other assets in the fiscal year that followed, as Mr. Smith said businesses like his would.

Nearly two years after the tax law passed, the windfall to corporations like FedEx is becoming clear. A New York Times analysis of data compiled by Capital IQ shows no statistically meaningful relationship between the size of the tax cut that companies and industries received and the investments they made. If anything, the companies that received the biggest tax cuts increased their capital investment by less, on average, than companies that got smaller cuts.

As for capital investments, the company spent less in the 2018 fiscal year than it had projected in December 2017, before the tax law passed. It spent even less in 2019. Much of its savings have gone to reward shareholders: FedEx spent more than $2 billion on stock buybacks and dividend increases in the 2019 fiscal year, up from $1.6 billion in 2018, and more than double the amount the company spent on buybacks and dividends in fiscal year 2017.”