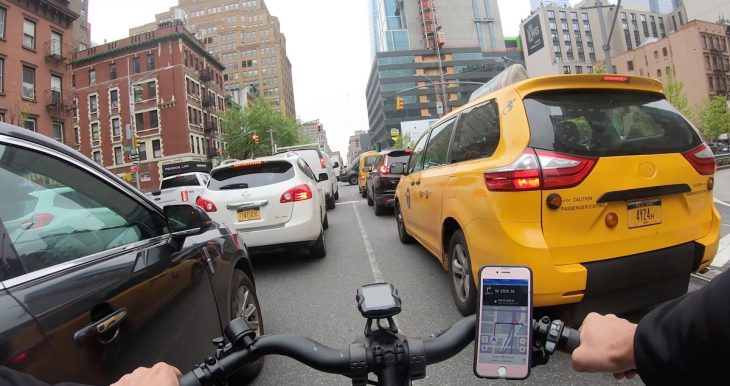 NYC is set to pass laws protecting delivery app workers. And at least one company supports the move.

“City lawmakers are acting to aid workers in the booming multi-billion dollar app-based food delivery industry, scheduling a vote for Thursday on a landmark slate of bills intended to ensure bathroom access, minimum pay and more.

The proposals were sparked by the activism of Los Deliveristas Unidos, a labor organization of immigrant delivery couriers who kept New Yorkers fed during the pandemic. Supporters say the New York effort to provide minimum working standards for app-based couriers is the first of its kind in any major U.S. city — and they hope the measures will influence local governments across the country.

Mayor Bill de Blasio on Wednesday announced his support for the measures, which come as the city fends off dual lawsuits from delivery giants over previous Council-passed regulations on their business.

‘The exploitation of delivery drivers is unacceptable,’ Bill Neidhardt, a de Blasio spokesperson, told THE CITY. ‘City Hall wholeheartedly supports these bills to protect delivery workers and deeply appreciates the grassroots organizing of Los Deliveristas Unidos to make this possible.’

But unlike prior Council bills tied up in court battles, the new package has the full support of at least one app company, Grubhub.

The new package of six bills would allow food couriers access to restaurant bathrooms, put limits on how far they can be asked to deliver, set minimum payments per trip and ensure that tips get to workers.”

For the rest of the story, visit The City here.