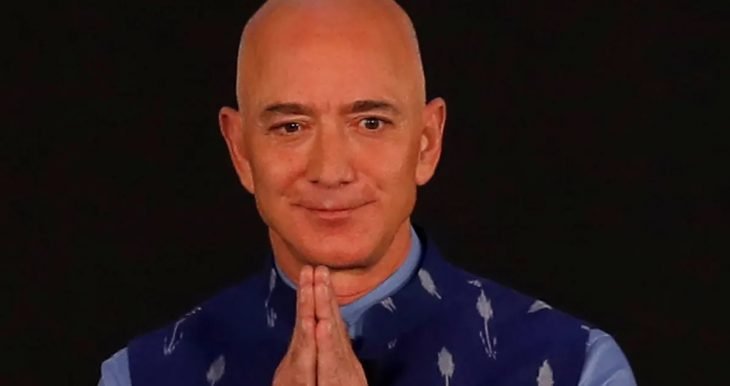 Tens of thousands of people want to keep Amazon’s founder away from Earth.

“More than 56,000 people have signed petitions calling to stop Jeff Bezos from returning to Earth after he blasts into space next month.

Bezos, the founder of the space-exploration firm Blue Origin, said earlier this month that he and his brother, Mark Bezos, would fly into space aboard the company’s New Shepard rocket on July 20 in its first flight carrying people.

Three days after Bezos’ announcement, two petitions were launched to try to prevent the billionaire’s reentry to Earth. Each had garnered thousands of followers in just 10 days.

More than 37,000 people have signed a Change.org petition titled ‘Do not allow Jeff Bezos to return to Earth.’

‘Billionaire’s should not exist…on earth, or in space, but should they decide the latter they should stay there,’ the petition’s description said.

Some signatories gave a reason for signing the petition, which included comments such as ‘being let back into Earth is a privilege — not a right,’ and ‘Earth don’t want people like Jeff, Bill, Elon and other such billionaires” (presumably referring to Bill Gates and Elon Musk).”

For the rest of the story, please visit Business Insider here.