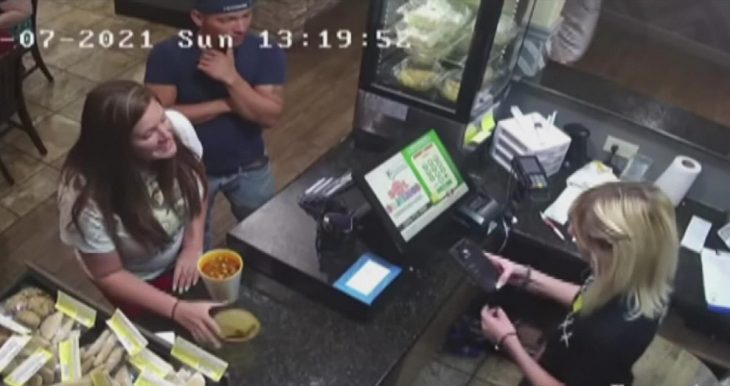 “Police arrested Amanda Nicole Martinez, 31, the woman accused of throwing soup in the face of a restaurant employee during a disturbance on November 7 at Sol De Jalisco . . .

Police learned Martinez had called to complain about an order she had picked up.

After calling to complain, Martinez ‘returned to the restaurant and started a verbal altercation,’ police said.

During the altercation, Martinez stated the soup she picked up was hot and that the plastic lid placed on top of it had melted.

‘She then proceeded to throw the soup at the victim and left before officers arrived,’ police said.”

For the rest of the story, visit KWTX here.