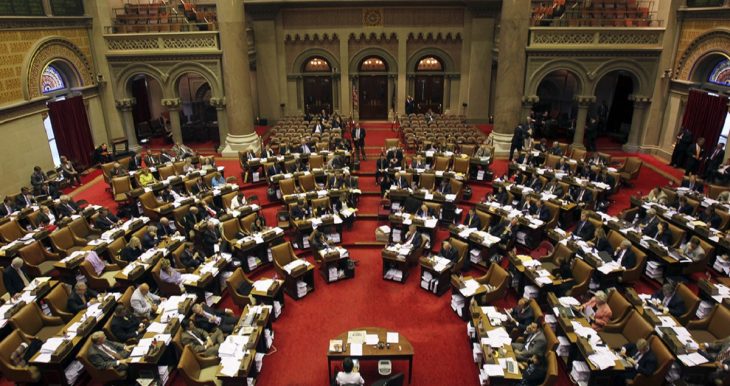 Uber and other companies could see their workers go union in New York if a new proposal becomes law.

“New York lawmakers are planning to introduce a bill that would go beyond making Uber Technologies Inc. and Lyft Inc. drivers employees by also allowing them to unionize, a move that could clash with federal labor and antitrust laws.

‘There’s no scenario I can imagine that’s not going to include collective bargaining,’ said Sen. Diane Savino (D), adding that she and Assemblyman Marcos Crespo (D) plan to introduce the legislation after lawmakers return to Albany in January.

‘New York is a solidly union town, and I am a solidly union senator,’ Savino said, adding that legislation that doesn’t include collective bargaining is ‘an absolute nonstarter.’

Uber and Lyft already are fighting a multifront battle over their business models that treat drivers as independent contractors instead of employees. That includes class actions in at least three states alleging the companies have misclassified drivers, a $650 million New Jersey employment tax bill for Uber, and an ongoing lobbying war against a new California law designed to make it harder for companies to classify workers as contractors.”