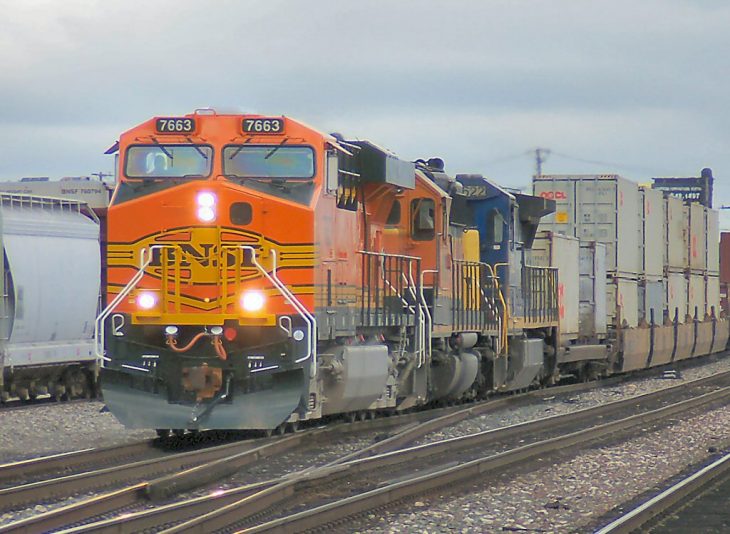 A new attendance policy could lead to a major strike by railway workers.

“Members of the Brotherhood of Locomotive Engineers and Trainmen and the Transportation Division of the International Association of Sheet Metal, Air, Rail, and Transportation union, who work for the BNSF Railway, initiated steps to go on strike following the railroad’s announcement of its so-called ‘Hi-Viz’ attendance policy. Collectively, the unions represent more than 17,000 active members at the BNSF.

The unions argue that the pending policy, which BNSF plans to implement Feb. 1, repudiates numerous collectively bargained agreements currently in place throughout the BNSF system. ‘This unprecedented BNSF policy repudiates direct and clear contract language, and in application, will attempt to force our members to report for duty without regard for their medical condition as we struggle to come out of a pandemic,’ BLET National President Dennis Pierce and SMART-TD President Jeremy Ferguson said in a news release.

BNSF’s new Hi-Viz policy is a points-based system which, according to the unions, penalizes employees — who in many cases have no assigned days off — any time they take time off work for practically any reason. In an FAQ that BNSF sent to its employees, the railroad said it ‘must improve crew availability to remain competitive in the industry’ and that their revised Hi-Viz program helps with this issue “by incentivizing consistent and reliable attendance.” BNSF claims that a reduction in absenteeism will improve predictability of work assignments. The unions counter that if the BNSF instead focused efforts on predictable scheduling of assignments and management of its furloughed employees, there would be no need to impose attendance policies.

‘It also stands to take away any ability by our members to avoid working fatigued when they are routinely called without warning due to the complete lack of reliable train lineups, thus creating the potential for an even more unsafe railroad operation. So-called ‘forced overtime’ in an industry where safety is so critical not only repudiates our agreements, it stands to enact irreparable harm on hundreds of full-time employees whose nonworkplace obligations prevent them from being at work every day of their life,’ the union leaders said.”

For the rest of the story, visit Trains.com here.