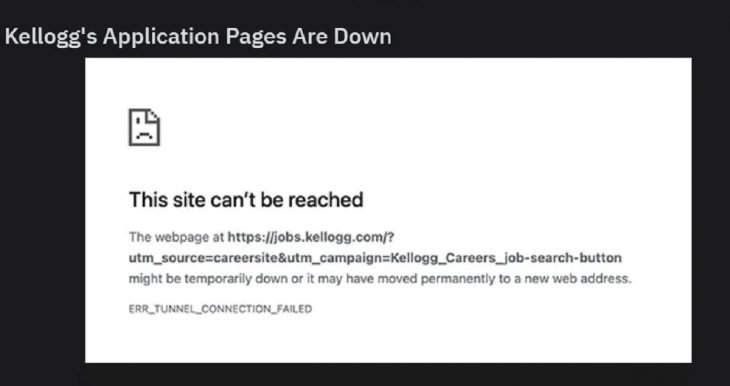 Labor militancy is alive and well on the internet.

Members of the wildly popular subreddit Anti-Work are furious at Kellogg’s treatment of workers. They have become some of the biggest supporters of Kellogg union members.

So when the company announced that it was looking to hire 1,400 permanent replacements, the Redditors went to work to crash the job applications site.

The post with the call to action, which has been upvoted 56,000 times in the last 17 hours, reads:

“The workers at Kellogg’s cereal plants have been striking for fair pay. Kellogg just announced they will hire 1400 permanent replacement scabs to break the strike. And they are accepting applications online!

This is your chance to apply for your dream job. Maybe you have always hoped to be a:

They don’t even hide the fact that they’re hiring scabs. From the job description: The Unions representing Kellogg employees in these plants are on strike, and we are looking for employees to permanently replace them, joining hundreds of Kellogg salaried employees, hourly employees, and contractors to keep the lines running.

It’s time to clog their toilet of an application pipeline.

Using the job posting links above, submit an application for one or more sites. When you apply, pretend you’re a resident of one of the cities with a Kellogg strike (Omaha, Battle Creek, Lancaster or Memphis) and make up an address and phone number using the zip codes and area codes listed below. This way they can’t filter out our apps easily.” 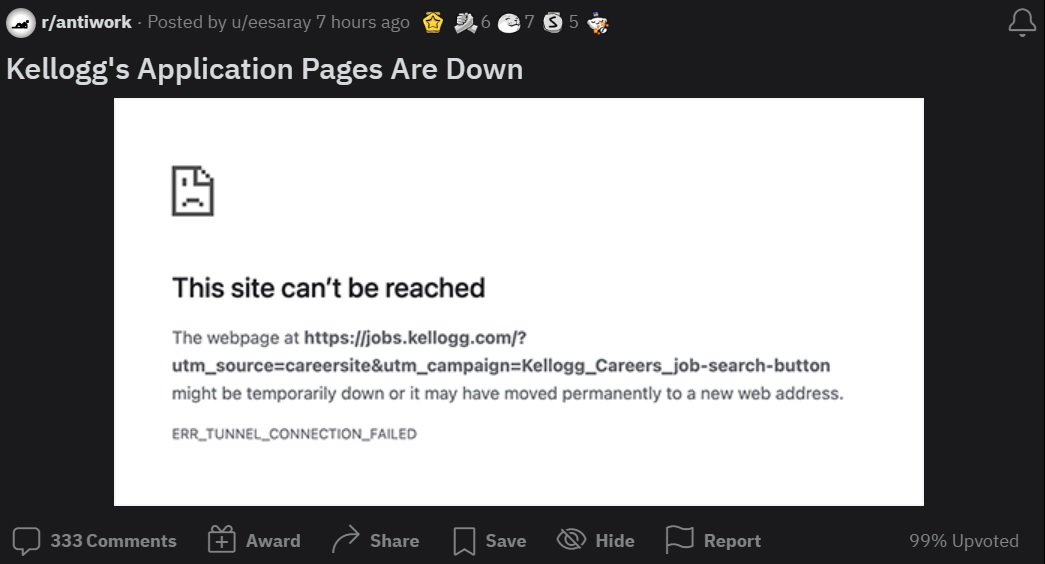 Some of the comments on Reddit from this development were:

“DAMN! Legit. Can confirm the paths to the career site is down. SOLIDARITY!”

With the Starbucks union victory today and Redditors’ actions against Kellogg, it feels a bit like a watershed moment happened in labor history today.