Restaurant Workers Walk Out And Protest Low Wages; Employer Fires All Of Them In Response 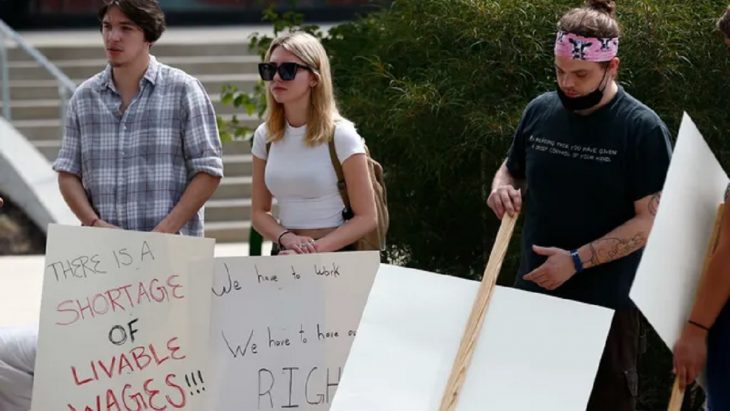 A restaurant in Missouri fired workers who protested their low wages and awful work hours.

“Picketing outside of Aviary Cafe in Springfield, about a dozen workers on Monday protested for higher wages and health benefits after ‘being overworked like slaves.’

The strikers were not unionized, and all were fired after walking off the job Sunday.

‘Our last straw was when our management team left in the middle of a Saturday lunch rush (not the first time that’s happened) and left their understaffed employees to run their restaurant for them during one of the busiest days of the week,’ wrote Aviary kitchen worker Perry Ashlock on Facebook.

‘The whole intention with our walk out [Sunday] was to let them understand what it was like to be left understaffed during a crisis situation,’ he added.

Before the protest, a woman identifying herself as the owner of Aviary Cafe said she had ‘no comment’ on the protesters or their demands. She later asked the News-Leader to leave the premises of her restaurant.”

For the rest of the story, visit the Springfield News-Leader here.