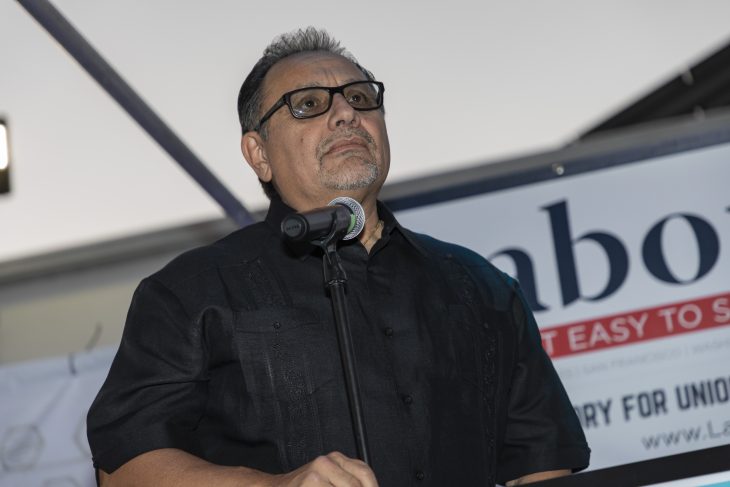 Ron Herrera was sworn in today as President of the Los Angeles County Federation of Labor, AFL-CIO. Herrera, Secretary-Treasurer of Teamsters Local 396, was nominated unopposed by the LA Fed’s House of Delegates at their September meeting.

“The L.A. Fed has a 135-year history of winning a just Los Angeles for the people who give this city everything it has, and today its programming is setting the gold standard for responding to an anti-labor federal government and a corporate world with too much power over ordinary Americans’ lives,” said Herrera. “From the organizing work our labor movement did to respond to the Janus decision, to the innovative programming of the Miguel Contreras Foundation, to the continuing electoral work of finding and lifting up leaders from within our ranks, our movement is building power and securing rights for all workers.”

“For close to 30 years, Ron Herrera has been a champion for working families,” said John Grant, President of United Food and Commercial Workers Union Local 770. “Because of his work over decades, immigrant waste haulers can support their families with family-wage paychecks, and Southern California is a cleaner, healthier and more just place to live.”

Ron Herrera grew up in a union family, hailing from the working-class Los Angeles neighborhood of Wilmington. His father was a member of the International Longshore and Warehouse Union. His grandfather was a veteran of the copper mines of Arizona, fighting the kinds of abuses and discrimination portrayed in the classic strike film Salt of the Earth.

Herrera became active in the Teamsters Union as a driver at UPS. He first emerged as a union leader in the largest strike in U.S. history, the 1997 Teamsters strike of UPS that reversed a trend towards low-wage part-time employment.

In 2003, Ron was elected as the Secretary-Treasurer of Teamsters Local 396. He soon became a national leader as the first Latino national vice president of the International Brotherhood of Teamsters.

Among his notable efforts at the Teamsters were the decades-long effort to raise standards of living for sanitation workers. Like many other Southern California industries, it saw wages dive as employers forced out longtime employees in favor of new immigrants with little bargaining power. Steady organizing and contract campaigns reversed that trend, lifting standards in the industry through higher wages and benefits, and securing groundbreaking contract language protecting immigrant workers from unjust termination.

Herrera was also a key leader in the Don’t Waste L.A. campaign, which united environmental, community, and labor leaders to create an innovative franchise system that increased recycling efforts across the Los Angeles city and raised industry standards.

“The LA Fed is the key vehicle for working people to build power through political action, organizing, and innovative programming,” said Roxana Tynan, Executive Director of the Los Angeles Alliance for a New Economy. “At LAANE we have had the good fortune to work with Ron on the Don’t Waste LA campaign, and have seen his ability to build coalitions and his commitment to fight for what is right. We are excited to continue the struggle together.”

“There’s a fire in the hearts of L.A.’s workers that can transform our city if we listen to them and we let them lead,” said Herrera. “I’m honored and humbled to serve the people who give this city everything it has. Together, let’s build an inclusive, innovative labor movement for all workers.”

The previous president, Rusty Hicks, was elected as Chair of the California Democratic Party earlier this summer. 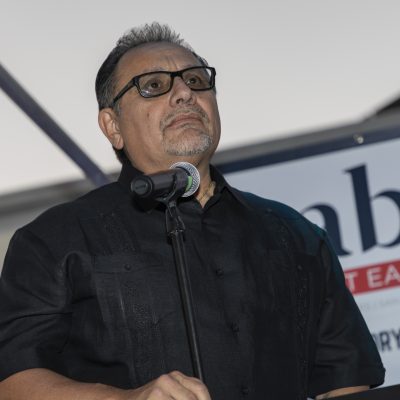 From the Teamsters to the LA-FED: New President Ron Herrera Takes the Helm