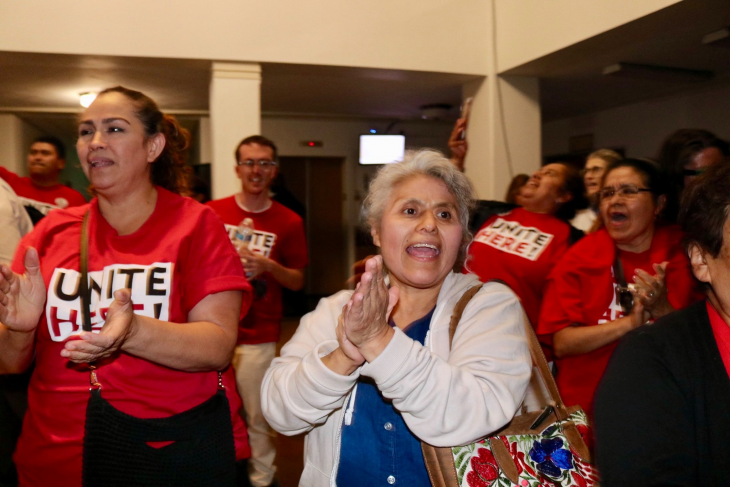 The Santa Monica City Council recently voted unanimously in favor of a historic ordinance dubbed a “Housekeeper Bill of Rights.” Santa Monica became the first city council in the country to enact such an ordinance, which includes more robust measures that any previously passed law to protect hospitality sector workers.

The ordinance includes protections against the risk of sexual assault and other threatening conduct for hotel housekeepers, who often work alone in guest rooms where there are no cameras or witnesses.  It also includes the strongest workload compensation policy in the country, requiring double pay when workers at most hotels are assigned to clean more than 3,500 square feet during their regular shifts, as well as comprehensive training and job security. 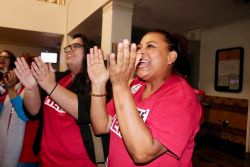 “The Santa Monica City Council listened to the hotel housekeepers and adopted an ordinance that will provide the protections they need.  The Council’s respect for these smart, hard-working women, who are the backbone of our thriving tourist economy, is an example for elected officials throughout the U.S.,” said Abby Arnold, a 30-year Santa Monica activist.

“We are the strength of this industry and we know best what we need to have dignity and respect in the workplace. After working in Santa Monica for so many years, I feel proud that I was part of putting together a policy that protects my coworkers and me at work. This policy makes me feel recognized as truly part of this community and seen by this city. I am proud to stand here and support my coworkers and working women everywhere,” said Aurelia Gonzales a Housekeeper at the JW Marriott Le Merigot for 18 years.

Santa Monica residents, workers, and community allies spoke in support of the ordinance. West Hollywood Mayor Pro Tempore Lindsey Horvath told the Council that she hoped to bring the same measure back to her own city.