Say What?! Political Quote of the Week (Watch) 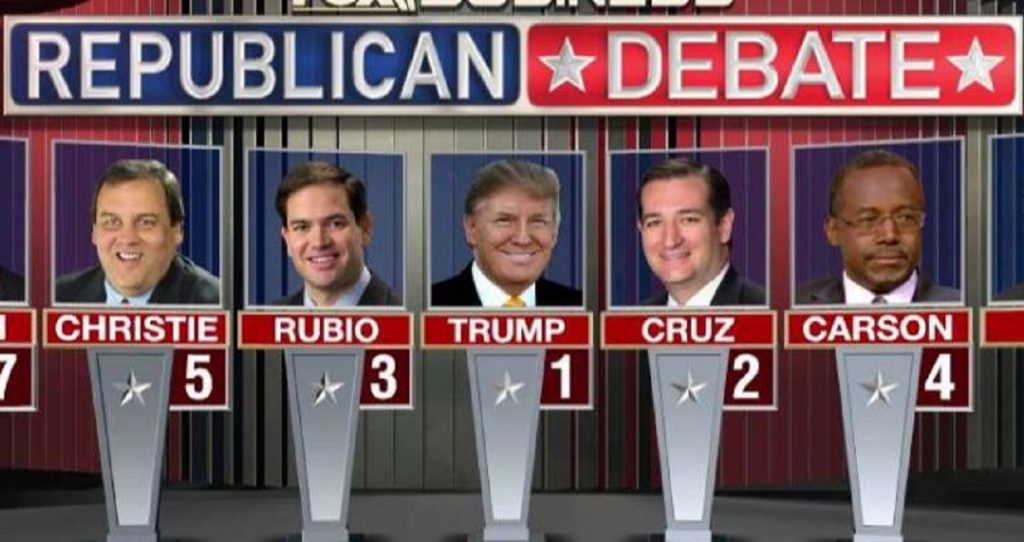 Last Thursday seven candidates (all men) stood on the debate stage in South Carolina but only one will be the eventual GOP nominee for president.

With so many zingers available it was just too hard to things down to one “political quote of the week.” So instead we’ve collected our favorites from all of the candidates. Enjoy!

Donald Trump on the plight of police in America:
“The police are the most mistreated people in this country.”

Ben Carson on the terrorist threat:
“We have enemies who are obtaining nuclear weapons that they can explode in our exo-
atmosphere and destroy our electric grid.”

Marco Rubio on President Obama coming to steal your guns:
“I am convinced that if the president could confiscate every gun in America, he would.”

Donald Trump on the threat of immigrants-as-terrorists:
“People come in. They live. They shoot.”

Carly Fiorina on why you shouldn’t vote for Hillary:
“Unlike another woman in this race, I actually like spending time with my husband.”

Watch the “12 biggest moments of the GOP debate” from Politico below and let us know if you can make it through without laughing or getting angry (or both).

So cheers GOP presidential candidates, you share the prize for this week’s political quote of the week!