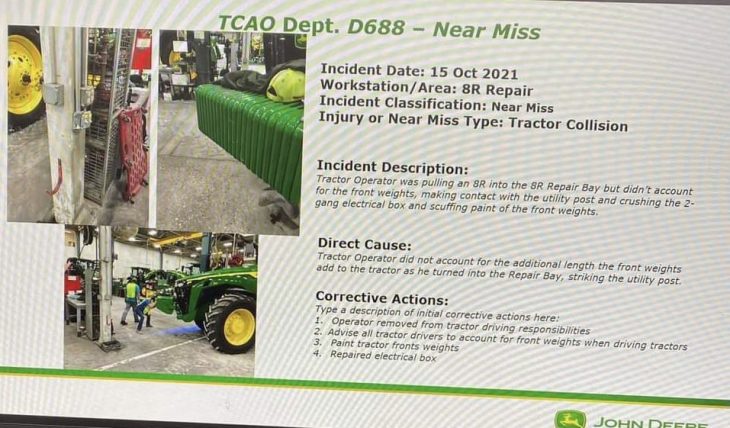 Jonah Furman of Labor Notes tweeted that John Deere “didn’t even make it til 8am without a 911 call” on Day 1 of using scabs.

On the first full day of John Deere using non-union workers to attempt to replace UAW members on the factory floor… didn’t even make it til 8am without a 911 call. pic.twitter.com/vBd73jX5Pe

Furman later tweeted a picture of the incident report.

It states that a “Tractor Operator was pulling an 8R into the 8R Repair Bay but didn’t account for the front weights, making contact with the utility post and crushing the 2-gang electrical box and scuffing paint of the front weights.”

Hmmm, maybe the company should pay union workers who know what they’re doing instead of trying to replace them.