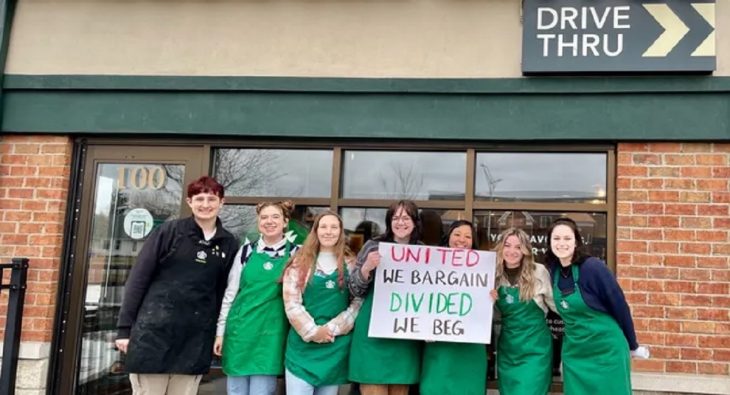 As a wave of unionizing occurs at Starbucks, with 140 stores petitioning for union elections, the current CEO is out. And the anti-union Howard Shultz is back.

“Starbucks CEO Kevin Johnson is retiring after five years on the job.

Howard Schultz will return as interim CEO, once again taking the helm of the coffee chain he elevated to a global brand while the company searches for a long term successor. This will be his third tenure as Starbucks’ chief executive . . .

Starbucks’ CEO shift comes against a backdrop of growing efforts among the company’s baristas to unionize. To date, roughly 140 Starbucks stores in 26 states have petitioned the National Labor Relations Board to unionize, according to organizers Starbucks Workers United. Six locations so far have voted in favor of a union.

In a move that may have signaled his return to the company, Schultz appeared at Buffalo, New York-area cafes ahead of union elections, along with other top Starbucks executives, to attempt to dissuade baristas from voting in favor of unionizing.

This week, the National Labor Relations Board filed a complaint over accusations Starbucks retaliated against two employees in Phoenix who were seeking to unionize their store location. On Tuesday, a group of 75 investors in Starbucks sent a letter to Hobson and Johnson urging the company to adopt a policy of neutrality for all current and future attempts by its workers to organize.”