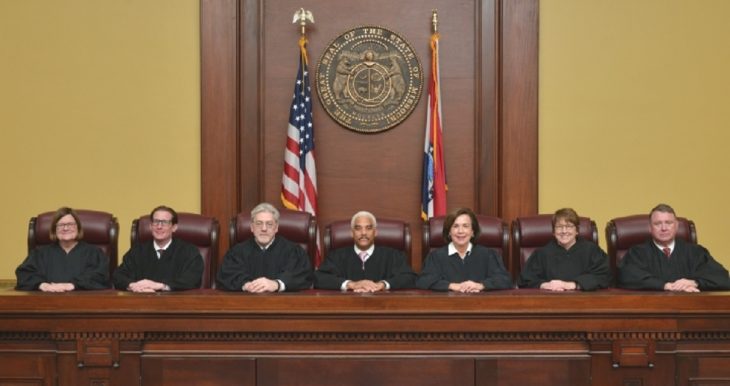 Public unions in Missouri got news with the state supreme court’s latest ruling.

“The Missouri Supreme Court on Tuesday struck down a 2018 state law that could have made it harder for some public-sector unions to organize and collect dues, overturning a past priority of the Republican-led Legislature.

The high court said the law violated equal protections rights guaranteed by the Missouri Constitution by carving out public safety unions such as those for police and firefighters from the new restrictions imposed on unions for teachers and other public employees. The court said the entire law had to be invalidated, because the exemptions were woven throughout it.

‘There is no rational basis for protecting public safety employees from most — if not all — of the new provisions,’ Judge Mary Russell wrote for the majority in a 5-2 decision.

The Missouri law had been on hold since St. Louis County Circuit Judge Joseph Walsh blocked it from being enforced in March 2019.

It required unions representing public employees to hold recertification elections every three years and get annual written authorization to deduct fees from workers’ paychecks. Decisions to form unions and permission to deduct dues typically have no expiration date.

The stricken state law also required support from a majority of workers covered by a collective bargaining to form a union, as opposed to a majority of those voting — a higher standard that union attorneys said would make it difficult to form and continue a local union. Other provisions of the law limited the items up for negotiation in contacts and allowed public bodies to reject or change negotiated agreements.

‘If the law had gone into effect, the results would have been catastrophic for teachers and janitors and a whole slew of other employees in the public sector who enjoy all of the benefits of unionization and collective bargaining,’ said Jason Walta, deputy general counsel for the National Education Association, who argued the case before the Missouri Supreme Court.”

For the rest of the story, visit the Seattle Times here.