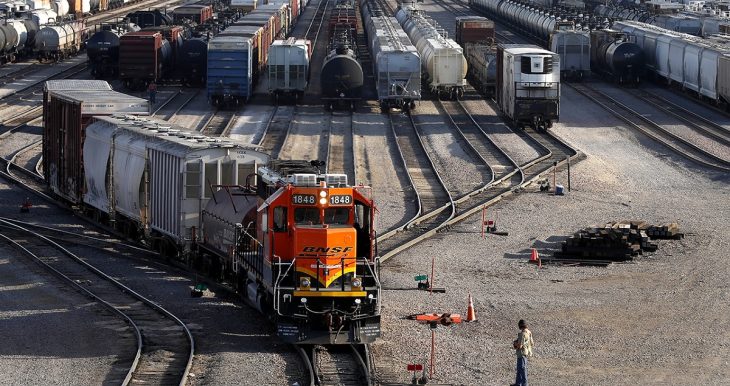 Both parties in a major labor dispute have reached a tentative deal.

“A strike that could have halted both freight and passenger trains across the country seems to have been averted.

After a marathon negotiating session lasting 20 hours, the White House announced early Thursday that a tentative agreement had been reached between rail companies and the unions representing conductors and engineers.

‘This agreement is validation – validation of what I’ve always believed. Unions and management can work together, can work together for the benefit of everyone,’ President Biden said, calling the deal a win for America and for rail workers who worked tirelessly through the pandemic to deliver goods.

Union members still have to vote to ratify the agreement before it is finalized. A vote is not expected for at least a couple of weeks.

The parties had been negotiating the contract without resolution for several years and were facing a 12:01 am Friday deadline, the end of a ‘cooling off period.’

Biden called in to the talks at 9 p.m. Wednesday night to urge groups to ‘be flexible, be creative, get a deal done,’ an official said. At 2 a.m. Thursday, Labor Secretary Marty Walsh called to announce they had a deal.”