Study: ‘Intentional policy decisions’ have led to the average U.S. worker earning $10 less an hour than he or she should

Study: ‘Intentional policy decisions’ have led to the average U.S. worker earning $10 less an hour than he or she should 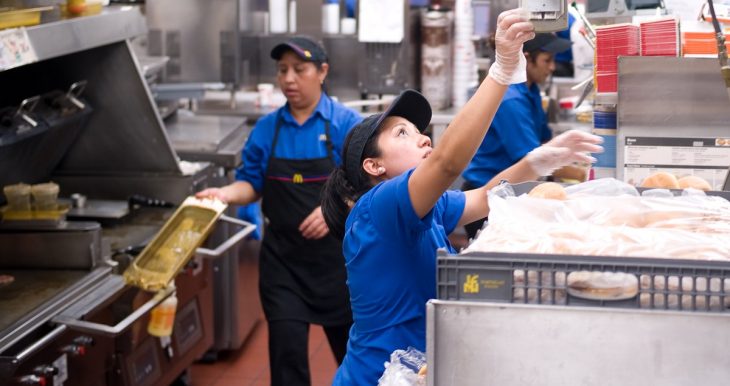 A new study has a new theory for the wage stagnation that has affected the working class since the 1970s.

“One of the most urgent questions in economics is why pay for middle-income workers has increased only slightly since the 1970s, even as pay for those near the top has escalated.

For years, the rough consensus among economists was that inexorable forces like technology and globalization explained much of the trend. But in a new paper, Lawrence Mishel and Josh Bivens, economists at the liberal Economic Policy Institute, conclude that government is to blame. ‘Intentional policy decisions (either of commission or omission) have generated wage suppression,’ they write.

Included among these decisions are policymakers’ willingness to tolerate high unemployment and to let employers fight unions aggressively; trade deals that force workers to compete with low-paid labor abroad; and the tacit or explicit blessing of new legal arrangements, like employment contracts that make it harder for workers to seek new jobs.

Together, Dr. Mishel and Dr. Bivens argue, these developments deprived workers of bargaining power, which kept their wages low.

‘If you think about a person who’s dissatisfied with their situation, what are their options?’ Dr. Mishel said. ‘Almost every possibility has been foreclosed. You can’t quit and get a good-quality job. If you try to organize a union, it’s not so easy.’

The slowdown in workers’ pay increases happened rather abruptly. From the late 1940s to the early 1970s, hourly compensation for the typical worker grew roughly as quickly as productivity. If the value of the goods and services that workers provided rose by 2 percent in a year, then their wages and benefits tended to go up by roughly 2 percent as well.

Since then, productivity has continued to grow, while hourly compensation largely flattened. According to the paper, the typical worker earned $23.15 an hour in 2017, far less than the $33.10 that worker would have earned had compensation kept up with productivity growth.

In the 1980s and 1990s, economists increasingly argued that technology largely explained this flattening of wages. They said computers were making workers without college degrees less valuable to employers, while college graduates were becoming more valuable. At the same time, the growth in the number of college graduates was slowing. These developments dragged down wages for those in the middle of the income distribution (like factory workers) and increased wages for those near the top (like software engineers).

The technology thesis largely relied on a standard economic analysis: As the demand for lower-skilled workers dropped, their wages grew less quickly. But in recent years, many economists have gradually de-emphasized this explanation, focusing more on the balance of power between workers and employers than on long-term shifts in supply and demand.

The idea is that setting pay amounts to dividing the wealth that workers and employers create together. Workers can claim more of this wealth when institutions like unions give them leverage. They receive less when they lose such leverage.

To arrive at this conclusion, they examine numerical measures of the impact of several developments that hurt workers’ bargaining power — some of which they generated, many of which other economists have generated over the years — then sum up those measures to arrive at an overall effect.”