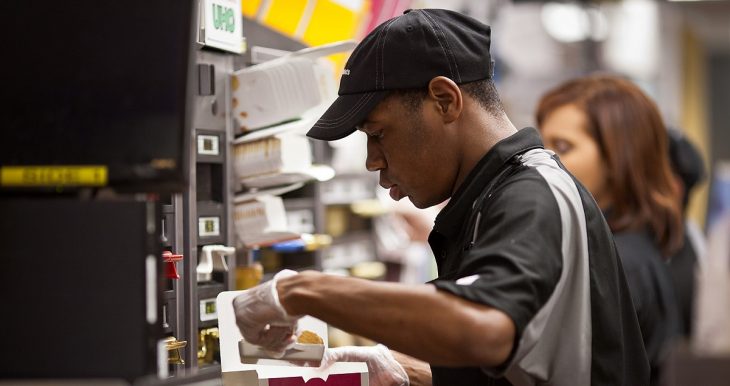 Workers at some of America’s most iconic companies are struggling to meet basic needs without public assistance.

“A sizable number of the recipients of federal aid programs such as Medicaid and food stamps are employed by some of the biggest and more profitable companies in the United States, chief among them Walmart and McDonald’s, according to a new report from Congress’s nonpartisan watchdog.

The Government Accountability Office undertook the study at the behest of Sen. Bernie Sanders (I-Vt.) to answer questions about the relationship between employers and the federal assistance programs. The report draws on February data from agencies in 11 states that administer Medicaid and the federal Supplemental Nutrition Assistance Program, better known as SNAP, or food stamps.

Walmart was one of the top four employers of SNAP and Medicaid beneficiaries in every state. McDonald’s was in the top five of employers with employees receiving federal benefits in at least nine states.

In the nine states that responded about SNAP benefits — Arkansas, Georgia, Indiana, Maine, Massachusetts, Nebraska, North Carolina, Tennessee and Washington — Walmart was found to have employed about 14,500 workers receiving the benefit, followed by McDonald’s with 8,780, according to Sanders’s team. In six states that reported Medicaid enrollees, Walmart again topped the list, with 10,350 employees, followed by McDonald’s with 4,600.