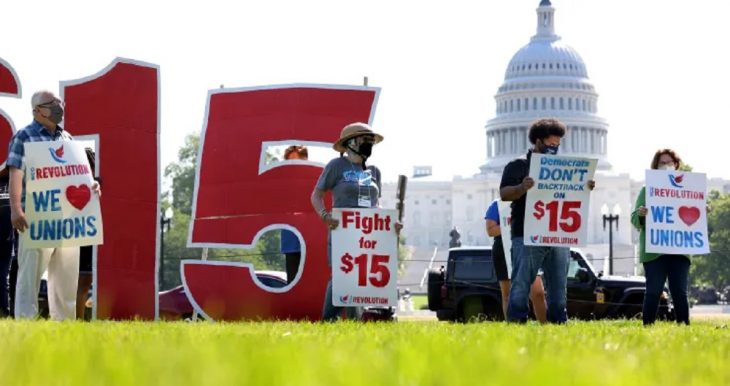 But their dismal pay, per a new study, shows that they pay most workers a poor wage. Heck, even $15 an hour isn’t enough in most places nowadays with inflation and the surge in housing/rental prices.

“Some of the largest, most profitable companies in retail and food services are still paying most of their workers less than $15 an hour, and many still make less than $10 an hour, according to a new company wage tracker developed by the Economic Policy Institute and the Shift Project.

The report was released as many of these firms have complained about being unable to find staff. Some fast-food firms, such as In and Out Burger, pay much more, with the majority of their workers paid at least $16 an hour and just 9% below $15 an hour.

Bill Thompson of Independence, Missouri, has worked at Burger King for 10 years, but makes just $11.15 an hour and has received wage increases only from state minimum wage increases.

‘I work 40 hours or more a week, 10 hours a day, no breaks,’ said Thompson, who has been involved in organizing with the Fight for $15 and a union movement. ‘The toll on my health has been significant. I can’t afford to see a doctor and when I have a health condition, I have to rely on emergency room services. Many days, I just work through it because there is no paid sick leave and I work paycheck to paycheck.'”