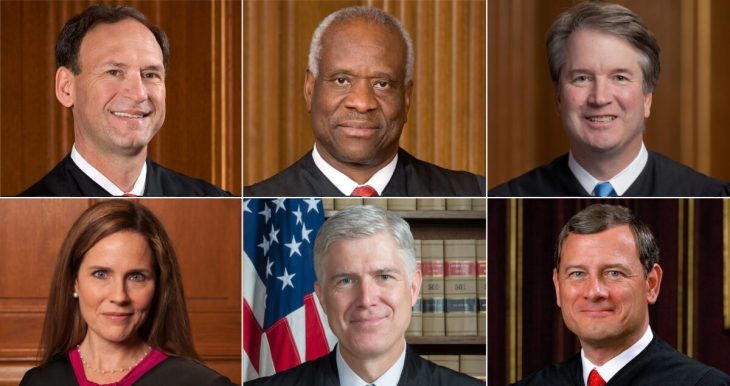 The U.S. Supreme Court struck down a state regulation giving unions access to farms, ruling that the access is a “taking” of the land and therefore requires compensation to the owner.

“The Supreme Court ruled on Wednesday that a California regulation allowing union organizers to recruit agricultural workers at their workplaces violated the constitutional rights of their employers.

The vote was 6 to 3, with the court’s three liberal members in dissent.

Chief Justice John G. Roberts Jr., writing for the majority, said that ‘the access regulation grants labor organizations a right to invade the growers’ property.’ That meant, he wrote, that it was a taking of private property without just compensation.

The decision did away with a major achievement of the farmworkers’ movement led by Cesar Chavez in the 1970s, which had argued that allowing organizers to enter workplaces was the only practical way to give farmworkers, who can be nomadic and poorly educated, a realistic chance to consider joining a union.

The ruling was the latest blow to unions from a court that has issued several decisions limiting the power of organized labor.

The case, Cedar Point Nursery v. Hassid, No. 20-107, arose from organizing efforts in 2015 at Fowler Packing Company, a shipper of table grapes and citrus, and Cedar Point Nursery, which grows strawberry plants. They sued California officials in 2016, saying the regulation letting unions have access to their properties amounted to a government taking of private property without compensation. The growers lost in the lower courts.

The state regulation, issued in 1975 and unique in the nation, allows union organizers to meet with agricultural workers at work sites in the hour before and after work and during lunch breaks for as many as 120 days a year.

Supreme Court precedents draw a distinction between two kinds of government takings of private property — those that physically claim a property interest and those that impose a regulatory burden.

The first kind — ‘per se’ takings — requires compensation even if the property interest in question is minor. But regulations amount to takings only where the economic effect is significant.

Chief Justice Roberts wrote that the access regulation was a per se taking.

‘The regulation grants union organizers a right to physically enter and occupy the growers’ land for three hours per day, 120 days per year,’ he wrote. ‘Rather than restraining the growers’ use of their own property, the regulation appropriates for the enjoyment of third parties the owners’ right to exclude.’