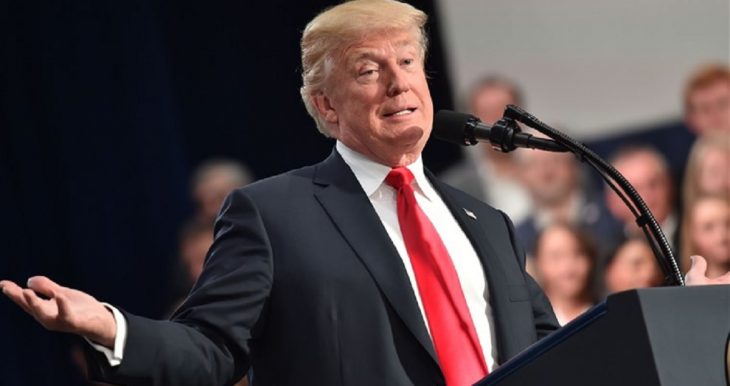 AT&T is on a job-cutting spree. Trump knows it but refuses to touch the topic.

“President Donald Trump is very mad about AT&T over CNN. The thousands of jobs it’s cutting, not so much.

The telecommunications giant, which acquired CNN through its $85 billion merger with Time Warner in 2018, has generated scrutiny among the press, organizers, and activists over job cuts it has made over the past several months. Most recently, Axios reported that thousands of AT&T workers were about to lose their posts after training foreigners in line to replace them this year. Trump has positioned himself as a job creator and a crusader against outsourcing, but when it comes to AT&T, he’s not saying anything — well, at least not about jobs. His focus is on his ongoing annoyance with CNN.

On Wednesday, three days after the Axios report, Trump took to Twitter to take a swipe at CNN after a supposed ‘ratings dive” and suggested parent-company AT&T “should make changes.’ It’s not clear what specific changes he would want . . .

Workers and organizers say thousands of jobs have been lost at the company, and more are about to go out the door. But it appears the main job Trump is worried about at AT&T is Zucker’s.

AT&T was a major beneficiary of the tax cut bill President Trump signed into law in December 2017. Before the legislation was even passed, the company said it would make investments that would translate to ‘7,000 good jobs for the middle class‘ if it was enacted, and soon after, it made a splashy announcement about worker bonuses. But while the bonuses happened, not so much happened with the thousands of new jobs — at least not for Americans.

According to the Communications Workers of America (CWA), which represents about 100,000 AT&T workers, AT&T has eliminated more than 33,000 jobs since the Tax Cuts and Jobs Act, which saved it billions of dollars, was passed. And as Axios reported, the company has “expanded alliances” with major outsourcing companies that have allowed it to shift jobs abroad, and it is on track to do more of it in 2020.”