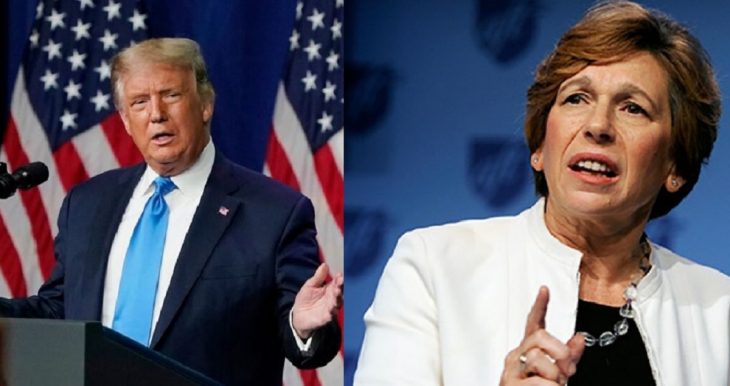 The AFT is crying foul as Fox apparently refuses to air the union’s ad critical of Trump.

“Fox News told HuffPost that it informed the union’s representatives that it would air ad if the union corrected what it considered a questionable claim.

‘FOX News did not reject the ad,’ a Fox News spokesperson said in a statement. ‘The network asked for AFT to revise the ad for accuracy and is waiting for the updated copy.’

The spokesperson did not provide additional information about what the network wanted to see changed.

AFT offered a different account of its communications with the TV network, saying the union was not under the impression that it could revise the ad to make it acceptable.

Fox News’ advertising staff simply told the union the network’s legal department would like to see a ‘more specific argument’ for why it was Trump and McConnell’s responsibility to develop a plan for students to return to public schools, according to the AFT.

The union’s super PAC is spending $34,000 for the same arrangement on CNN.

‘There are great journalists who work at Fox News, but it seems executives want to pick and choose how to apply the First Amendment when it comes to brave teachers telling the truth about who’s to blame for the current chaos of school re-openings,’ Weingarten said in a statement.

‘What is Fox afraid of? We need resources and supports to keep our students safe as we reopen,’ added Weingarten, who is frequently interviewed on Fox News. ‘People should know who is and isn’t helping.'”