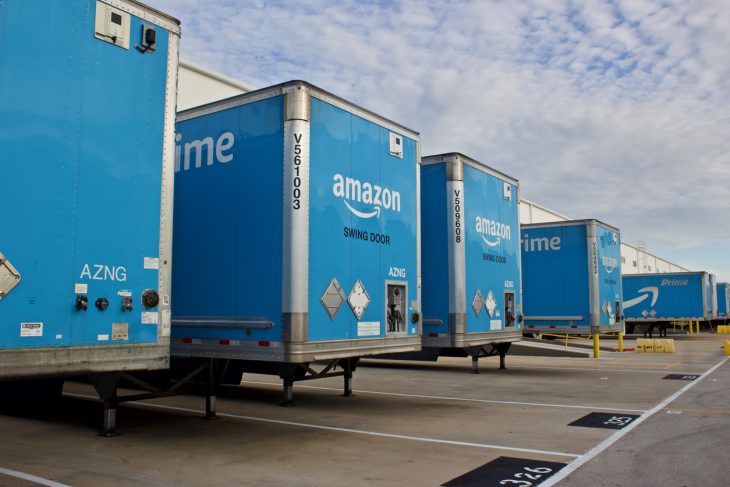 Amazon is facing a strong unionization campaign in Canada.

“The Teamsters Union has launched campaigns to organize employees in at least nine Canadian facilities of U.S. e-commerce company Amazon.com (AMZN.O), according to Reuters interviews with union officials.

The influential union took the first step earlier this week to organize employees at one of Amazon’s Canadian facilities, and the interviews reveal it is widening such efforts across the country, where the e-commerce company employs about 25,000 workers and plans to add 15,000 more.

The campaigns could be seen as a bet by the Teamsters that early success unionizing employees in a more labor-friendly market such as Canada will inspire similar results south of the border, where Amazon has so far fended off unionization attempts.

In the latest challenge to Amazon’s anti-unionization stance, Edmonton, Alberta’s Teamsters Local Union 362 filed for a vote on union representation at a company fulfillment center in nearby Nisku late on Monday. read more

Interviews with Teamsters units in other cities and provinces show that the union’s efforts stretch from the Pacific coastal province of British Columbia to the Canadian economic heartland in southern Ontario.

The Teamsters’ Edmonton unit says it has enough signed cards calling for a union to meet the 40% threshold to require a vote. Two of the union’s units in Ontario and one in Alberta have confirmed they are signing membership cards with Amazon workers.

Two of the five units that confirmed to Reuters that they are organizing also said they are running campaigns at multiple sites, bringing the total Amazon facilities involved in some level of organizing to at least nine.

‘Any locals that have an Amazon facility in their area are doing an organizing campaign,’ Jim Killey, an organizer with Teamsters Local 879 near Hamilton, Ontario, told Reuters.”