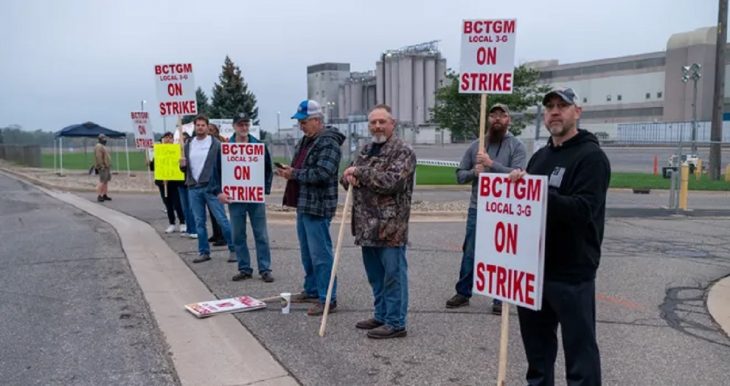 The Kellogg strike could come to an end if workers approve a tentative contract reached between management and the union.

“The Kellogg Company and the union for roughly 1,400 of its cereal plant workers have reached a tentative agreement on a new contract, ending a nearly two-month strike.

The food giant and the Bakery, Confectionery, Tobacco Workers and Grain Millers International Union announced the deal on Thursday, with workers set to vote on the proposal on Sunday.

The company was “pleased” to reach the agreement and thanked the Federal Mediation and Conciliation Service for helping in the negotiations, Kellogg spokesperson Kris Bahner said in a statement.

Kellogg workers walked off the job on Oct. 5 at four plants in Battle Creek, Mich.; Lancaster, Penn.; Memphis, Tenn. and Omaha, Neb. The company and the union were unable to reach consensus on the terms of a new contract after the previous one expired, and the union claimed Kellogg threatened to send jobs to Mexico, but company officials denied that.

Kellogg has a two-tiered wage system, which some companies argue helps them save money. The tentative five-year agreement announced this week would include a 3% wage hike for long-time legacy employees, as well as increases for newer, “transitional” workers and new hires based on years of service.”