The Deals Can Wait: Thanksgiving Should be About Anything but Shopping

The Deals Can Wait: Thanksgiving Should be About Anything but Shopping 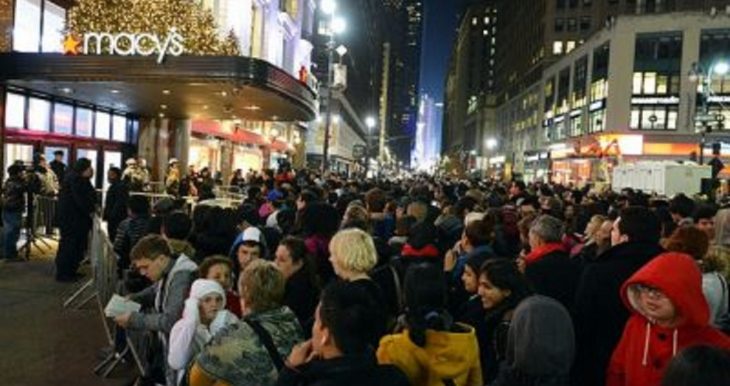 Thanksgiving should be about any number of things. Family, friends, loved ones, well-liked ones, tolerated ones, massive meals, baking pies, watching football, cherished movies, inappropriate comments from your drunk uncle, raging political tension, long-held grudges and realizing why we do this only once a year. Oh yes, and gratitude. Lots and lots of gratitude, volunteering, giving back and recognizing that not everyone has it so good and there but for the grace of God go I.

What Thanksgiving should not be about is shopping.

It was only a matter of time before our unbridled consumer passions spilled over into realms once considered sacrosanct. Long ago the water burst through the dike that separated Thanksgiving from Black Friday, the most American of consumer-driven holidays. There are more than 50 major national retailers expected to be open for at least part of Thanksgiving. Big Lots and Dollar General are going all-in, opening at 7 a.m., the holiday be damned. Nothing better espouses the message of gratitude on Thanksgiving than perusing the bins at the local Dollar General.

Look, I love a good deal just as much as the next person. OK, that’s not entirely true. I love a good deal, but if the next person intends to line up in the early morning hours outside of an electronics store just to get a heavily discounted flat screen television, well, you can bet you’ll find me warmly tucked into my bed instead. And you certainly won’t find me giving up a second helping of stuffing in exchange of scoring a great deal on bedding on Thanksgiving.

Why the bah humbug attitude for Thanksgiving Day shopping? Frankly, it’s about the workers. For these stores to be opened on Thanksgiving, they need to be staffed with clerks, cashiers, stockers, customer service folks and at least one person with a cattle prod to keep the rapacious consuming herds at bay. What these workers are not doing, instead of being compelled to put in some quality time at the register or restocking aisle 12, is spending quality time with their friends and family. Keeping stores opened on Thanksgiving is nothing more than the unbridled greed of corporate decision makers who are likely to be enjoying their day off instead of working. Family values only goes so far when the bottom line is at stake.

It’s not just me standing on a melting iceberg railing against changing times. Last year, the website www.bestblackfriday.com conducted a survey in which nearly 60 percent of Americans said they were against Thanksgiving openings, with nearly 37 percent strongly against them. The last couple of years, we’ve had an online petition circulating asking that major stores stay closed on Thanksgiving. More than 86,000 people have signed.

Despite all this, stores continue to open on Turkey Day, and those who do love shopping on Thanksgiving spend enough to justify any backlash. But it’s not like people end up spending more during the holiday season. People are going to spend what they’re going to spend – what does a few extra hours matter?

Not all stores will be opened on Thanksgiving. Plenty won’t be, including good companies like Costco. If consumers just stayed away from shopping on Thanksgiving, that would send a strong message about our values. Then on Black Friday if we shopped at only at those stores that were closed the previous day, that message would be amplified.

This year there are 32 shopping days between Thanksgiving and Christmas. Do we really need one more?